Zinedine Zidane has backed Qatar’s bid to host the World Cup in 2022.

The former France midfielder said it was time for the Middle East to hold the tournament, after Africa hosted it for the first time in June and July this year.

Qatar’s bid team have appointed the former World Cup and European Championships winner as an ambassador for their committee.

The Arabian Gulf state is one of nine vying for the finals but their main opposition is likely to come from Australia, Japan, South Korea and United States.

“Football is for everyone,” Zidane said in a statement on Friday.

“When I think of all the youth of the Middle East, what they’re missing is an event like the World Cup.

The 2018 finals are almost certain to go to Europe, with England and Russia in the running against joint bids from Spain and Portugal, and Belgium and the Netherlands.

And that should mean that a country from the rest of the world hosts the next edition four years later.

Qatar would be the smallest host country since Uruguay held the inaugural tournament in 1930.

Harold Mayne-Nicholls, the head of an inspection team from world governing body Fifa, hinted on Thursday that the country’s size, rather than its fierce summer heat, could rule it out.

Fifa, who spent three days in Qatar this week, will announce the venues for 2018 and 2022 in Zurich on December 2.

“We truly believe now is the time. We invite 12 years of preparation, we want to take that on,” he said.

“We want to prove to the world that the Middle East, just like Africa, can be successful at hosting the World’s greatest tournament.

“Choosing Qatar is not a risky decision it is a bold decision, it is one you will not, absolutely not, regret.”

Qatar has strongly advocated that its small size – it has a population of just 1.6 million on its 11,000 square km, mainly based in the capital Doha – was a major selling point for a compact World Cup.

It will use solar-powered technology to cool stadiums to about 27C while the temperature outside could be about 40C or higher, and it has stressed that it would tolerate overseas fans drinking alcohol in designated zones despite being an Islamic nation. 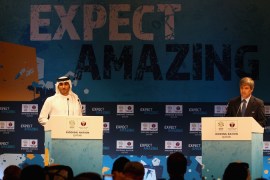 Fifa inspectors visit Qatar’s capital as part of their tour of bidding nations for Football World Cup 2018 and 2022. 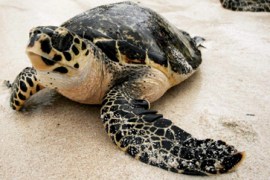 Tracking turtles in the Gulf 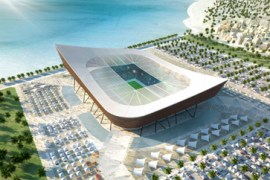 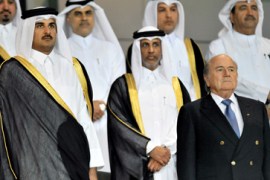