Inter Milan got off to a disappointing Serie A start under former Liverpool boss Rafael with a frustrating 0-0 draw at managerless Bologna.

The European champions have decided to stick with the players who secured an unprecedented Italian treble last term but the lack of a replacement for forward Mario Balotelli could haunt Inter with just a day left in the transfer window.

“It’s clear we are lacking a bit of freshness and physicality. I’m happy with the character and reaction we showed in the second half,” Benitez told Sky TV on Monday.

“Let’s see if we do can do some late transfer business and if not wait until January.”

Inter looked a touch off the pace as they had done in Friday’s European Super Cup defeat by Atletico Madrid although Wesley Sneijder threatened with three free kicks.

Samuel Eto’o clipped the bar from substitute Coutinho’s cross in an improved second half but Inter fans will be worried by the start and the lack of reinforcements for an ageing squad.

Their fears will have intensified after AC Milan signed their former hero Zlatan Ibrahimovic and battered Lecce 4-0 in their first game on Sunday.

The hosts, perennial strugglers, had gone into the game without a coach after the astonishing decision to sack Franco Colomba on the eve of their Serie A opener and leave youth team boss Paolo Magnani in temporary charge. 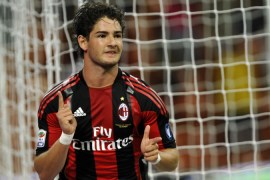 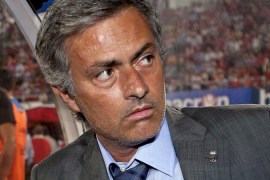