England completed a crushing innings-and-225-run victory over Pakistan in the fourth and final Test at Lord’s as the visiting team’s tour was overshadowed by corruption allegations.

Police arrested a 35-year-old man on Saturday after British newspaper News of the World said Pakistan players had been involved in spot fixing, the illegal practice of manipulating incidents during the match – which turned out to be Pakistan’s biggest Test defeat.

But team manager Yawar Saeed said on Sunday that the team would complete their tour.

“As far as I am concerned the one-day series is on, we are moving to the west country and we will play all the one-dayers and the T20s (Twenty20s),” Yawar told a news conference at Lord’s.

In a separate interview with Sky Sports, Yawar said the mobile phones of Butt, Amir and Asif had been confiscated by the police.

The News of the World report said Amir and Asif had bowled pre-arranged no-balls on the opening day of the Test on Thursday.

“As far as the allegations are concerned I would still call them allegations,” Yawar said on Sunday.

“It’s not for me within 24 hours to pass a judgment whether they are true or not.”

Jakhrani had earlier told the Reuters news agency that any player found guilty of fixing would never play for Pakistan again.

“We are waiting for a detailed report from the Pakistan Cricket Board and if any players are found guilty of being involved in fixing they will be banned for life,” Jakhrani said.

Pakistan president Asif Ali Zardari has called for a detailed report from the cricket board over the allegations.

Back on the pitch, Umar Akmal smashed 79 not out from 68 balls including two sixes in his side’s total of 147.

He shared a last-wicket partnership of 50 with Mohammad Asif, who contributed only one, but still could not prevent Pakistan tumbling to the biggest defeat in their Test history.

England won the series 3-1 after dominating the first two matches before they were defeated by four wickets in the third match at the Oval.

Pakistan resumed at 41 for four in their second innings before a scattering of spectators on a dull, overcast day.

Off-spinner Graeme Swann, who took four for 12 in Pakistan’s first innings of 74, was again the destroyer with five for 62.

Swann bowled Azhar Ali for 12 and Mohammad Amir for a duck as three wickets fell in the space of 11 balls.

Wahab Riaz was caught by Kevin Pietersen at mid-on off Swann without scoring before Umar Akmal flourished with a frenetic innings including a huge six over long-on in his first half-century of the series.

Events off the pitch will live longer in the memory as Pakistani cricket, already struggling after the deadly attack on the Sri Lankan team bus in Lahore last year forced all their matches to be played abroad, was dogged by more controversy.

The UK’s biggest-selling newspaper, the News of the World said it had secretly filmed footage that proves Pakistani players took money to deliberately make mistakes during the match.

The newspaper said an undercover reporter posing as a front man for a betting syndicate gave $230,000 to a middle man, who correctly told the reporter precisely when three deliberate no-ball deliveries would be bowled.

The newspaper published a photograph of the alleged middle man, named as Mazhar Majeed, counting wads of banknotes.

It also published dialogue from the encounter and a picture of what it said was one of the promised no-balls on Friday.

But Syed Adil Gilani, the chairman of the Pakistani branch of Transparency International, described the allegations as a “conspiracy”.

“We are 100 per cent this is an attack and conspiracy against Pakistani cricket,” he told Al Jazeera. 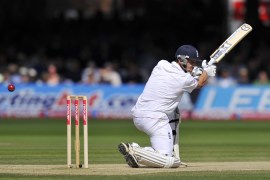 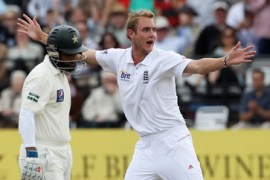