Tiger Woods will be hoping for a fifth title as the US PGA Championship tees off, but judging by his recent form, he’ll have to work very hard to get it.

This could be one of the most open majors for several years.

The world number one is off his game, world number two Phil Mickelson is battling arthritis, and Lee Westwood – who’s ranked third – is out through injury.

Mickelson revealed that he has been diagnosed with a severe but treatable form of arthritis that attacks the immune system and in his case left him unable at one point to even get out of bed.

The reigning Masters champion said on Tuesday that doctors are treating him for psoriatic arthritis which first flared up a week before the US Open.

“I have this thing called psoriatic arthritis where your immune system attacks your joints and tendons and so forth,” the reigning Masters champion said at the Whistling Straits golf course where he is set to compete in the 92nd PGA Championship from Thursday.

“It is very treatable and the medicine I’ve been taking has been very helpful. I feel 90 percent.”

Golf’s rising star Rory McIlroy thinks he has the game plan in place to not just impress but also win the Championship.

There have been a number of first-time major winners in the past  few years and the Northern Irishman said as long as he can keep his game together over the next four days he sees no reason why he shouldn’t be able to join them.

“I am one of the top 10 players in the world and people are going to like my chances coming into this event,” McIlroy said.

“I’ve played nicely over the past few weeks and I’ve got high expectations for myself.

“The big thing with this golf course is getting lines off the tee and really committing to your targets.”

Just when it seemed like life might be returning to a semi-normal state following the hullabaloo around his sex scandal, Woods saw his golf game go into the tank this year.

Woods says some aspects of his personal life, but not all, are finally starting to show signs of returning to the way it used to be.

“I don’t have paparazzi camped out in front of my house, hotel, helicopters flying over the range,” he said.

“That was, at the time, happening every day. They were following my kids every where they went. Taking photographs of everything they were doing. That was very tough. But it hasn’t been the case of late.”

The same can’t be said about his golf game.

The 14-time major championship winner heads into the Championship with his game in disarray after coming off the worst performance of his career at last week’s World Golf Championships Bridgestone Invitational.

“I couldn’t put together any rounds,” Woods said on Tuesday.

“I was certainly frustrated in the way I hit the ball and the way I putted.”

Woods’ world number one ranking is under threat at the season’s final major championship, and is uncertain of a place in the US Ryder Cup team.

Captain Corey Pavin said Woods would receive no special favours and that the world number one is going to have to earn his way onto the lineup.

“There’s nobody that’s promised any picks right now,” said the US captain on Wednesday.

“It would be disrespectful to everybody that’s trying to make the team.” 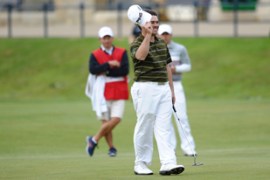 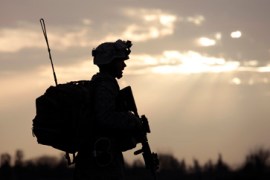 Hypocrisy and the end of empires

Is the US media’s desensitising of wars abroad leading to growing populist hypocrisy? 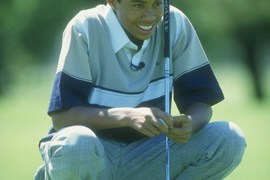