Spaniard Benitez, who last week ended his six-year spell at Liverpool, has penned a two-year deal with the European, Serie A and Italian Cup winner.

“Inter welcome Rafael Benitez,” the club said in a statement, adding the coach would hold a news conference on Tuesday.

Inter acted quickly to tie up Benitez, who won the Champions League with Liverpool in 2005 and reached the final in 2007.

The 50-year-old Spaniard knows plenty about Serie A having visited for European games with Liverpool and faced Inter’s city rivals AC Milan in both his Champions League finals.

He already speaks decent Italian, which went down well with the country’s demanding reporters, and his love of tactics will endear him to the many Serie A watchers who view football as more of a chess game.

Doubters have pointed to his shaky record in the transfer market in the last two seasons, with some of Liverpool’s buys not being seen as sufficient class for the Anfield faithful.

However Italian clubs generally purchase their players rather than the coach, leaving Benitez to work on his formations and man-management skills, which some former players have criticised.

Repeating an unprecedented Italian treble will be incredibly difficult, if not impossible given Inter’s ageing squad will be a little older and will have lost their guiding light in Mourinho.

Benitez is a more introverted character than the Portuguese and will have to fight constant speculation Inter players such as Maicon want to join Mourinho at Real.

Another factor counting against Benitez will be the re-emergence of Roma who could have beaten Inter to last season’s Serie A title had they not had a mediocre start.

Juventus, long linked with Benitez before appointing former Sampdoria boss Luigi Del Neri as coach, are rebuilding after a dreadful season similar to Liverpool’s and look likely to be more of a force next term.

AC Milan are also close to naming a new coach with former Cagliari boss Massimiliano Allegri sorting out a severance deal with his ex-club before being presented. 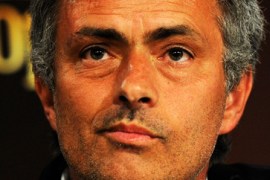 Special One unveiled at Bernabeu with task of taking Real Madrid back to top of the game. 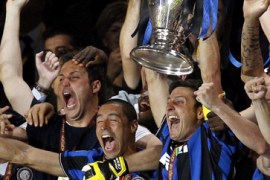 Mourinho’s Inter are special ones