Inter Milan resisted a late Barcelona onslaught to hold a slender lead and reach the European Champions League final with a 3-2 aggregate win.

Bojan Krkic had the ball in the net in injury time with a goal that looked to have won the tie for defending champions Barcelona but the referee had already blown for a harsh handball decision on Yaya Toure.

It came after Barca central defender Gerard Pique had dummied both keeper and defender to turn and fire into an empty net to make it 1-0 and give the Catalans hope after a sterile semi-final second leg in which Thiago Motta was sent off for Inter in the first half.

Visiting coach Jose Mourinho – dubbed “The Translator” by the Spanish press after his original job under Bobby Robson at the Nou Camp in the 1990s – ran on the pitch at the final whistle as Inter reached their first final since 1972.

The Italian champions won the first leg 3-1 a week ago, and will face Bayern Munich at the Bernabeu in Madrid on May 22.

“He always has a tactic to destroy the opponent – we did it in Milan and we did it again today,” the Dutch international told ITV.

“He was screaming at the end, it was an emotional moment but we defended very well with 10 men for so long.

“I think you can see tonight that we were fought on every metre and we gave everything.”

Mourinho had been less than happy when Motta was sent off on 28 minutes for gently brushing his hand behind him onto Sergio Busquets’ face.

The Barca man went down theatrically as the Brazilian saw a straight red.

But Barca failed to make the advantage count, Lionel Messi bringing a save from Julio Cesar in the only decent chance of the half.

It took Pique’s late goal to spark Barca to life, with Messi and Xavi Hernandez probing in the middle, and many will feel they should have won it when a clearance bounced off Toure’s fist from point blank range and Bojan had his effort from the rebound ruled out.

That strike would have seen Barca through by virtue of their away goal scored in Milan.

But Inter were the better side over two legs and Mourinho will have the chance to win his second Champions League title in the Spanish capital next month. 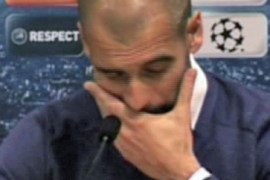 Barca in battle to defend title 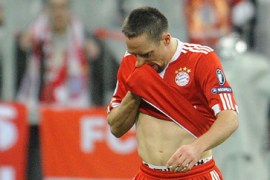 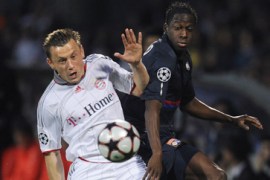 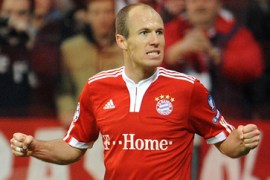