It comes as India had their hopes knocked with an injury to batsman Virender Sehwag.

“Afghanistan are a potential banana skin because they are unknown but they have a lot of talented cricketers, they’ve overtaken all the others in the minnow division,” Smith said.

“It’s going to be nerve-wracking playing them.

“I read their opener (Karim Sadiq) said he was not scared of facing Dale Steyn and I wouldn’t be either if I grew up in a war zone.

“That’s the thing, they have no fear and they have nothing to lose, which makes them dangerous.”

South Africa have been grouped with former champions India and Afghanistan in Group C in the tournament which begins on April 30 in West Indies.

While Smith and his team mates know the strengths and weaknesses of the Indians having played against them for years, Afghanistan will be unknown packages as the competition will be their first major international event.

Smith said fast bowler Steyn could turn out to be his trump card as he has been in impressive form for the Bangalore Royal Challengers in the Indian Premier League (IPL), which ends this weekend.

“Dale bowling so aggressively in the IPL was a major positive. He showed he can bowl at 150kph and take wickets, and we can really use that sort of gem,” Smith said.

South Africa are also keen to make amends for their shock semi-final exit last year, when despite being favourites they were beaten by eventual champions Pakistan.

“Some of the guys are frustrated and are really motivated to do well. They’re crying out for opportunity after the IPL,” Smith said.

Indian vice-captain Sehwag will miss the tournament for the second time in a row due to a shoulder injury, an official said on Tuesday.

The swashbuckling opener, 31, injured his shoulder while playing for the Delhi Daredevils franchise in the IPL.

Sehwag will be replaced in the 15-man squad by Murali Vijay, while Gautam Gambhir will take over as vice-captain to skipper Mahendra Singh Dhoni, the Indian cricket board said in a statement.

Sehwag did not play in last year’s World Twenty20 in England due to a shoulder injury sustained during the IPL held in South Africa.

India, who won the inaugural World Twenty20 in 2007, failed to make the semi-finals in the second edition.

The third edition of the 12-nation tournament will be played in the Caribbean from April 30 to May 16.

India, drawn in group C, meet first-timers Afghanistan in their opening match at St Lucia on May 1, before clashing with South Africa the next day at the same venue.

Two teams from the group will advance to the Super Eights round. 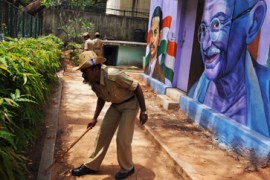 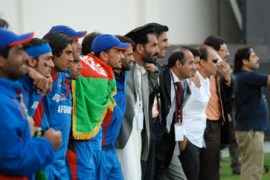 World Twenty20-bound cricketers set to be first team to tour since 2009 Lahore attack. 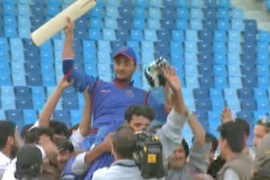 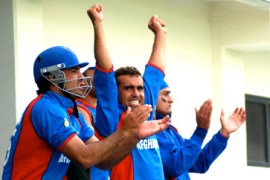