Team RadioShack boss Johan Bruyneel wants to play down Lance Armstrong’s rivalry with Alberto Contador at the Tour de France – for fear of giving the American’s other challengers a helping hand.

Their rivalry is well-documented after both raced for Astana last season, with Bruyneel as their sporting director.

Armstrong, whose seven Tour wins came under Bruyneel’s management before both men joined RadioShack, eventually succumbed to his Spanish teammate, who won his second title.

Bruyneel believes Andy and Frank Schleck and Bradley Wiggins can only gain “an advantage” from a Armstrong-Contador focus come the gruelling July 3-25 race.

“I think it’s wrong to look at it that way because it only provides the other contenders with an advantage,” Bruyneel said before the start of the third leg of the Vuelta de Murcia on Friday.

“There’s no point in going on about Contador-Armstrong because we only spend more energy on that, and that just helps the others.”

“Today’s climb is harder, longer, steeper so we’ll get a good idea for guys like Wiggins,” Armstrong said.

Wiggins said it was important to get a sense of where the 38-year-old Armstrong was in his training.

“You do all the things you would do if it was the Tour de France, riding with the same mindset,” Wiggins said.

“For me, coming here and trying to pick up some results is good for the morale.”

Like Armstrong, Wiggins said that Saturday’s time trial would be important for the season ahead where Armstrong has already pinpointed the Schlecks and Wiggins as Tour candidates.

“I think we’re starting to see in cycling the evolution of other stars, which is good.”

Contador is one of the sport’s biggest stars but he developed an acrimonious relationship with Armstrong after the riders fell out over the Astana No. 1 tag last year. 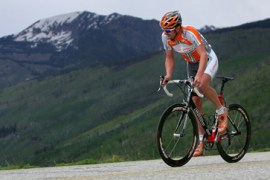 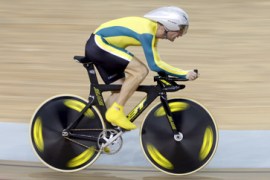 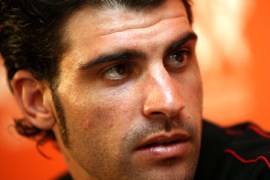