Former France midfielder Michel Platini will run for a second term in office as president of Uefa – and after a largely successful first three years in charge, he is unlikely to face any opposition.

The 54-year-old Frenchman, who succeeded Lennart Johannson as president in 2007, is expected to be unopposed when the decision is made at the next congress of European football’s governing body in May 2011.

“I have been asked about my future by the press and other people but wanted to tell you first that I am happy man, a happy president and happy to work with you,” Platini told delegates in Tel Aviv.

“There is more work to do in the future so I am happy to announce to you that I am a candidate for re-election to the presidency of Uefa.”

Platini was a leading voice in the controversial decision to hold the 2012 European Championships in Ukraine and Poland.

The decision, meant to give eastern Europe a bigger role in European football, has been criticised because of cost overruns and delays in building stadiums.

On Thursday, Platini said he fully supported Ukraine and Poland, but urged the co-hosts to step up their preparations to make sure the tournament goes smoothly.

That fly in the ointment aside, Platini has made the transition from one of the world’s greatest footballers to popular politician an one.

He received a standing ovation from the floor after making his announcement and is likely to get an even bigger one at the congress in Paris next year.

Platini already has an everlasting place in football’s pantheon as one of the greatest after leading France to the European title in 1984 and could earn another as a great reformer.

The former number 10 is not just popular through his playing reputation but because he has led Uefa through a difficult time and brought relative tranquility to the organisation as well as ensuring its continued financial good health – with the European Champions League set to generate around $1.09 billion in revenue this season.

He has set about reforming the Champions League and the organisation’s relationship with the leading clubs.

Now 80 and walking with the aid of a stick after bouts of ill-health, Johansson is in Tel Aviv in his role as Uefa’s honorary life president and spoke highly of Platini.

“He has done a very good job,” Johansson told the Reuters news agency.

“Of course I did not like losing the election to him but I am impressed with the changes he has made.”

Platini’s prime achievement has been to make Uefa more inclusive.

His idea of making the Champions League less elitist, giving a chance to champions of smaller countries to compete with the giants of the game, has generally been well received.

“When I was a player with Juventus, we might play European games in Iceland or Albania, that was what the European Cup meant then and it was great for the fans in those countries to see the big teams,” said Platini.

“A lot of that stopped with only the big teams in the Champions League, that needed to change. We needed to take the game back to the fans in the smaller countries again.”

His election platform was based on the twin ideals of inclusivity and fairness.

A key change has been the inclusion of the major clubs into the European Clubs Association (ECA), replacing the often hostile G14 group of top teams.

The ECA is now part of Uefa and has a significant voice in decision-making.

Platini has also begun to tackle the huge money problems facing the European game with the introduction later this year of Uefa’s Financial Fair Play rules.

These regulations say clubs must live within their means, break even and not be in debt to each other or their players or non-playing staff, although what effect they can have remains to be seen.

He wants to limit the role of “sugar daddies” in the game.

“It is absolutely ridiculous,” he said at the time.

Platini’s decision rules him out of a challenge to Sepp Blatter’s post as president of the world governing body, Fifa.

“Now I have a year to prepare my programme. This was not an electoral congress today but I had to say I was going to run again.”

Platini is regarded as one of greatest French players of all time with the peak of his career coming in the 1980s when he starred as a multi-talented, goal-scoring libero.

He had spells with Nancy, Saint Etienne and Juventus and won the European footballer of the Year three years consecutively – in 1983, 1984 and 1985.

In 1984, he inspired France to the European Championship title on home soil, but twice he fell to West Germany in the semi-finals of the World Cup in 1982 and 1986.

After retiring, he had a four-year stint as coach of the France team but failed to qualify the team for the 1990 World Cup in Italy.

He resigned in 1992 after France exited the European Championships at the first round and turned his attentions towards football administration notably the organisation of the 1998 World Cup in France.

Blatter welcomed Platini’s decision saying it was a “normal progression in his career.”

“We have been working closely together since 1998 and I am more  than happy to continue in that manner,” he said.

“We are very close friends and his results in the job so far have been very good.” 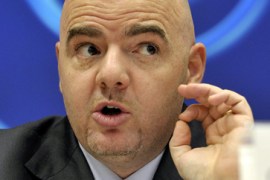 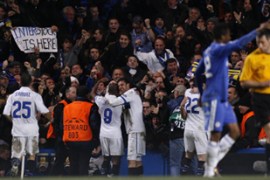 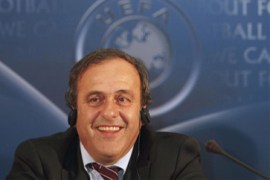