“The IPL is back”

So say the massive billboards seen all around Mumbai.

After its South African sojourn, cricket’s biggest money spinner is back in front of its most fanatical supporters.

Most of the attention of those fans has been centred on one Sachin Tendulkar.

The Mumbai Indians captain’s history-making double century in a recent one day international against South Africa, made him into even more of a godlike figure than he was before.

As for the man himself, his appetite for this newest form of the game is still as great as ever.

“I have been preparing for the IPL season.

“The preparation has been intense and I’m looking forward to this wonderful third season of IPL being a very healthy competition.”

The chief of the Federation of International Cricketers Association (FICA), Tim May, claimed he had received calls from several players expressing doubt over their participation in the tournament.

Although it seems the career defining wages on offer, plus the willingness not to annoy the all powerful IPL Commissioner Lalit Modi seemed to prevail, as Deccan Chargers skipper Adam Gilchrist told Al Jazeera:

“I can only comment on the experience I’ve had and its been fantastic.

“We have got several police officers with us the whole time, we have close protection officers from the IPL’s security group, Nicholls Steyn, and have been very well looked after”

But as the start of the tournament grew ever closer the focus shifted to matters on the pitch.

The first game would be between the defending champions the Deccan Chargers and the Kolkata Knight Riders.

The Knight Riders, despite being one of the least successful teams, remain the best example of what the Indian Premier League is all about.

Big money, over the top uniforms and of course the now obligatory Bollywood star as team owner in Shah Rukh Khan,

So Shah Rukh’s glitz and glamour seem to be holding sway for now, but the organisers will be acutely aware that it could take just one security breach to bring that glitzy IPL edifice crashing down. 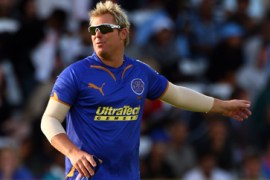 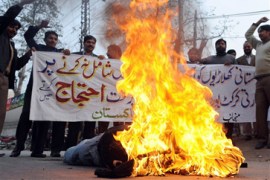 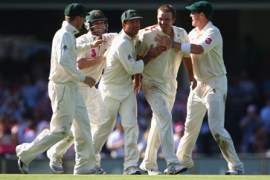 Cricketers targeted in retaliation for attacks on Indians in Australia. 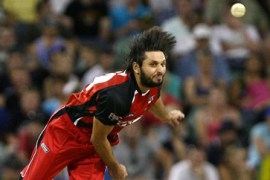