Cote d’Ivoire captain and Chelsea striker Didier Drogba was named African Footballer of the Year for the second time.

The announcement came on Drogba’s 32nd birthday as he beat Cameroon’s Samuel Eto’o and Ghana’s Michael Essien for the 2009 award from the Confederation of African Football (Caf), which was voted for by Africa’s national coaches.

Drogba helped his country through a convincing World Cup qualifying campaign in 2009, during which he scored five goals as the Ivorians finished unbeaten.

But while he scored in the FA Cup final his achievements at English club level were not as significant as those of 29-year-old Eto’o, a former three-time recipient, who will have legitimate reason to feel he should have won a record fourth award.

Cameroon came from bottom of their group to top the standings and qualify for this year’s finals in South Africa.

Drogba previously won the award in 2006, and was second in 2007. He missed
attending those awards because he was at the Africa Cup of Nations.

When Caf insisted nominees attend the ceremony, Drogba protested by making himself unavailable for future awards.

Drogba’s Chelsea team mate Essien, who was among the final three candidates for a fifth successive year, has never won the award.

The 2008 prize was lifted by Emmanuel Adebayor of Togo but the Manchester City striker did not make the shortlist for the 2009 award. 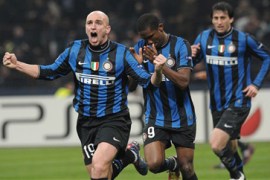 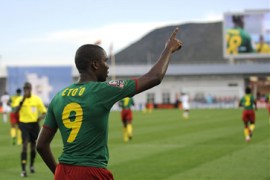 Eto’o, Essien and Drogba go head to head in African Footballer of the Year awards. 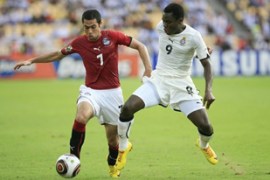 Pharoahs claim their seventh Africa Cup of Nations title with 1-0 win over Ghana in Angola. 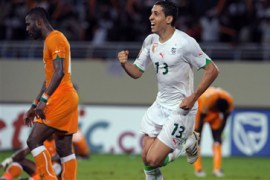 Fennecs knock out pre-tournament favourites in thrilling quarter that went to extra time.