Ronaldinho’s hopes of a Brazil recall received a blow when coach Dunga left the AC Milan star out of the squad for their final friendly ahead of the World Cup.

Ronaldinho was not among the 22 players called up by Dunga for Brazil’s match against Ireland in London on March 2.

The game is Brazil’s last scheduled match before the South Africa World Cup opens on June 11.

The 29-year-old forward, who last played for Brazil in April 2009, has put in some good performances for AC Milan lately and expectations had been high of a recall.

“Every player has chances (of a place in the squad). At this moment he isn’t part of it,” Dunga said at the Brazilian Football Confederation (CBF) headquarters after naming his team.

Robinho, who joined former club Santos on a six-month loan deal from English side Manchester City last month, has been included in the squad.

The match at Arsenal’s Emirates stadium will be Brazil’s first of the year after an impressive 2009 during which they finished top of the South American World Cup qualifying group and won the Confederations Cup.

They begin their campaign against North Korea in Johannesburg on June 15. 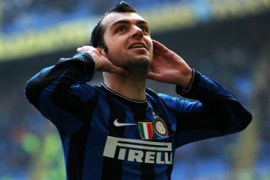 Inter Milan sit comfortably at the top of Serie A as rivals Milan stumble. 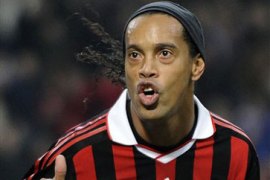 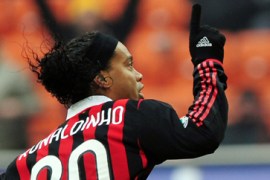