Chainrai took control of the club from Ali al-Faraj, who in turn had followed Sacha Gaydamak and Sulaiman al-Fahim.

Chainrai has taken over the 90 percent shareholding in Portsmouth that was held by al-Faraj after triggering a clause when he did not receive repayments of a $26.9 million loan he made to the club via his company Portpin.

“Portpin have implemented the clause with immediate effect,” a club spokesman said on Thursday.

“It is a temporary measure. He has lent al-Faraj money to keep the club going and will now come in and stabilise the club before looking for a new owner as soon as possible.”

Chainrai hopes to stabilise the club before selling it on to new owners in order to recoup his investment, the spokesman said, adding that Peter Storrie, the chief executive, would continue to run the club.

The move means Portsmouth have become the second Premier League club to be controlled from Hong Kong following Carson Yeung’s takeover of Birmingham in October.

Portsmouth were on the brink of seeking bankruptcy protection before the season started, with Sacha Gaydamak still in charge.

The desperate financial situation looked to have been eased in August when
Sulaiman Al-Fahim completed his protracted takeover, but his ownership lasted less than six weeks as he failed to refinance the club.

Al-Faraj’s subsequent takeover was portrayed as rescuing the club, but he has struggled since October to find investors to pay taxes and the debts owed to other clubs.

Portsmouth are currently banned from buying players because of money owed to other clubs while the players and staff have regularly had their salary payments delayed this season.

Portsmouth, who lost 1-0 at Fulham on Wednesday to remain five points adrift at the foot of the Premier League, are fighting a winding-up order from the Government’s Revenue and Customs department.

They are appealing against the ruling, with a hearing due in the High Court on February 10, when the club could be forced into administration. 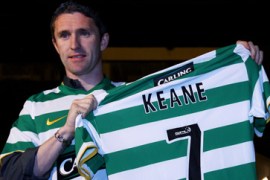 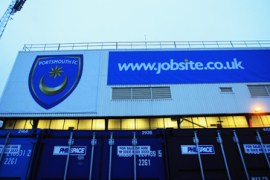