Australia has won the third Ashes test in Perth by 267 runs.

They took only 50 minutes of the fourth day’s proceedings, on Sunday, to remove England’s last
five wickets, levelling the five-test series at 1-1.

England had resumed on 81-5 needing another 310 runs to seal an unlikely win,  to take the Ashes home from the Australian turf for the first time in 24 years.

But Ryan Harris, Australian paceman, snuffed out their hopes with four wickets on the fourth day, as they were all out for 123 within an hour.

The convincing win by the Aussies was a remarkable turnaround for the hosts following their innings and 71-run thrashing in the second test in Adelaide, just last week.

“No better birthday present than that, winning an Ashes test match,” said Ricky Ponting, Australia captain, who turned 36 on Sunday.

“Especially after last week. We had to bounce back and respond and the players need to take a great deal of credit for that. We’ve played the test match cricket I knew we were capable of this week,” he added.

Harris bowled nightwatchman James Anderson for three in his second over of the morning with a sizzling fuller delivery that sent off-stump flying.

The 31-year-old then trapped Ian Bell lbw for 16 for his fifth wicket of the innings. Bell requested a review but the simulation showed the ball crashing into middle stump.

Harris had Prior nicking an edge to gully three balls later where Mike Hussey capped his brilliant batting form, with an acrobatic catch, diving to his right to dismiss the England wicketkeeper for 10.

The Australian skipper said that his side’s victory would force England to regard them in a different light for the rest of the series.

“I think now England might just start to have a bit of a look at one, their team make-up for Melbourne and two, the sort of cricket they play to have to beat us.”

Mitchell Johnson, the mercurial Australian pace bowler, who was dropped after a wayward, wicketless spell in the drawn first test in Brisbane, took 6-38 in England’s first innings.

He then went on to pick up his ninth wicket of the match, in England’s second innings, when he had Graeme Swann play onto his stumps for nine.

Ponting acknowleged Johnson’s spell on day two as “one of the odds-on great Ashes spells.”

“I heard some rumours coming in, whispers coming in to the game that they [England] had Mitch’s type of bowling worked out and knew how to play him. I’m not sure that they’re saying that now.”

“Some of the deliveries that got their batsmen out will now have them thinking seriously about the way that they play him,” he added.

The England skipper also praised Johnson saying that, “You’ve got to give Australia a lot of credit for the way they bowled, Mitchell Johnson bowled a very incisive spell there.”

Johnson also scored a 62 in a rearguard fightback after Australia appeared set for another disastrous defeat when their batsman slumped to 36-4 on day one.


England captain Andrew Strauss laid the blame for England’s crushing defeat in the third Ashes test squarely at the feet of his batsmen for squandering their wickets quickly and cheaply.

Blame it on the batsmen

England’s batsmen accumulated 620 for five wickets in a single innings to win the second test in Adelaide, but managed exactly half that in their two efforts at the WACA [Western Australian Cricket Association].

Strauss, who scored a half-century and 15 in Perth, expressed his disappointment with his team’s performance but said that they still had a good chance of winning this series.

England restricted Australia to 268 in their first innings and cruised to 78 without loss on day two before collapsing to 187 all out.

Facing a target of 391 runs to retain the Ashes on day three, England’s top order put defeat beyond doubt by crashing to 81-5 at stumps as their big scorers from the first and second tests failed to perform.

Alastair Cook, who scored an unbeaten 235 in the first test in Brisbane, was dismissed for 32 and 13 on the green-top WACA wicket.

Kevin Pietersen, the man-of-the-match of the second test, backed up his 227 in Adelaide with a duck and three in Perth.

With Jonathan Trott and Paul Collingwood also struggling, Ian Bell’s top-score of 53 in the first innings was a rare highlight for England’s batting line-up.

Bell’s solid form amid struggles further up the order has raised calls for him to be promoted higher for the fourth test in Melbourne but Strauss called for calm saying that there would not be any wholesale changes.

“We’ve got to keep perspective about things and realise that there’s been a hell of a lot of good batting on this tour so far, so there’s no reason to expect that things will be different going forward.”

“We’ve said all along the side that’s going to win the series is the one that grabs those crucial sessions by the scruff of the neck,” he added. 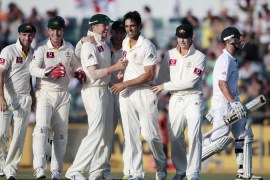 Mike Hussey scores 116 as England collapse to 81 for five wickets in second innings at stumps on third day. 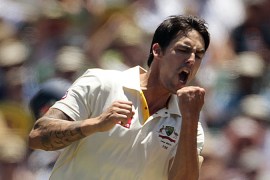 England skittled out for just 187 runs, leavingthem trailing them by 81 as Australia begin second innings. 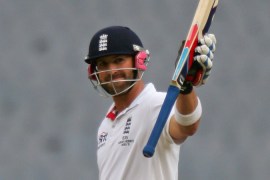 Prior aims for unbeaten Ashes

Wicketkeeper says England can avoid defeat and retain urn after scoring unbeaten century ahead of third Test in Perth. 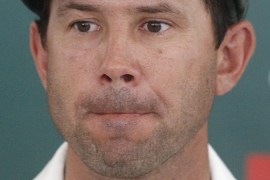