A German football great and Fifa executive committee member has said the 2022 World Cup in Qatar should be played in January and February, when the temperatures in the Gulf state are more moderate.

Franz Beckenbauer said it would be possible to make a one-time change to European league fixtures to allow for the World Cup to be played in winter.

The World Cup is traditionally held during the northern hemisphere’s summer months after the end of the domestic league competitions.

Qatar, which beat bid rivals Australia, Japan, South Korea and the United States, said it would deploy climate-control technology to keep the temperature on the pitch to 27 degrees Celsius while outside it could get to a scorching 50 degrees.

Qatar, having never qualified for the World Cup finals, was picked by world soccer’s governing body on Thursday to stage the 2022 tournament, a first both for the Middle East and for an Arab country.

It will also be the smallest nation ever to host the World Cup.

Beckenbauer told Saturday’s Bild newspaper this would be a cheaper solution then air conditioning all stadiums during summer heat that exceeds 40 Celsius.

“One should think about another solution. In January and February you have comfortable 25 degrees there,” he said. “Qatar won the vote and deserves a fair chance as the first host from the Middle East.”

Beckenbauer also said it was a mistake to choose World Cup hosts for 2018 and 2022 at the same time.

Beckenbauer said he was surprised by the early eliminations of Australia as a candidate for the 2022 World Cup and England for the 2018 tournament.

England got the best marks in Fifa’s own evaluation report ahead of the vote, but still lost in the first round of voting.

Beckenbauer, who won the 1974 World Cup as West Germany captain and also coached his nation to the 1990 title, declined to reveal how he voted.

He has said previously that he intends to step down from Fifa’s executive committee in March for family reasons. 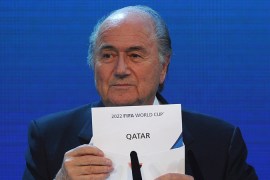 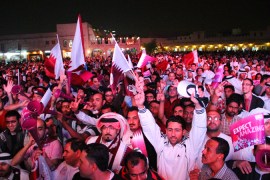 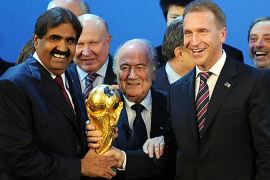