The International Olympic Committee has said it will examine any evidence of corruption, after one of its members was named in a BBC television report accusing world football governing body officials of taking bribes.

“The IOC has taken note of the allegations made by BBC Panorama and will ask the programme makers to pass on any evidence they may have to the appropriate authorities,” the Switzerland-based body said in a statement.

“The IOC has a zero tolerance against corruption and will refer the matter to the IOC Ethics Commission.”

The programme broadcast on Monday offered what it said was new evidence over Fifa’s appointment of International Sports and Leisure (ISL) as its marketing arm.

All three are due to take part in the vote on Thursday to decide the hosts of football’s World Cup in 2018 and 2022.

The 2018 contest involves England, Russia and joint bids from Spain-Portugal and Netherlands-Belgium. The 2022 candidates are the United States, Qatar, South Korea, Japan and Australia.

Fifa has dismissed the fraud allegations made in the BBC programme, saying the matters have already been investigated by Swiss authorities.

“The matters concerning the case … which are referred to date back many years ago and were investigated by the relevant authorities in Switzerland,” Fifa said in a statement on Tuesday.

It said a criminal case had not resulted in convictions for any Fifa officials.

“It is therefore important to stress again the fact that no Fifa officials were accused of any criminal offence in these proceedings,” the statement said.

ISL and its parent company ISMM went bankrupt in 2001, leaving debts estimated at $300m and plunging Fifa into a financial crisis. The collapse triggered one of Switzerland’s biggest criminal fraud cases.

Six former ISL executives went on trial and said in court that secret payments to officials, channelled through accounts in Liechtenstein, were essential to secure sports rights and marketing contracts.

Such payments were not then illegal under Swiss law and the executives were acquitted of most charges. 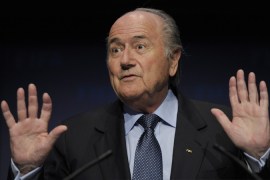 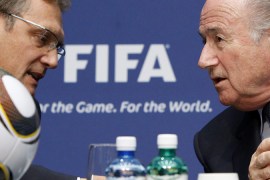 Fifa members Amos Adamu and Reynald Temarii banned over allegation that they asked for money in return for votes. 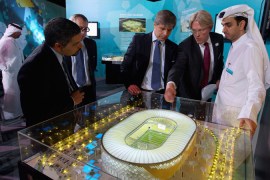