India’s top order batsmen lived up their reputation to cruise to 292 for two on Sunday after their bowlers had dismissed New Zealand for 193 on the second day of the third and final Test in Nagpur.

Rahul Dravid (69) and Sachin Tendulkar (57) were at the crease at the close of play with India 99 runs ahead with eight wickets still in hand.

Sehwag (74) and Gambhir (78) combined for a quickfire opening stand of 113 after paceman Ishant Sharma and spinner Pragyan Ojha picked up the final three New Zealand wickets in the morning.

Sehwag flayed the New Zealand bowlers and brought up a run-a-ball half-century – his 26th in Tests – with 12 boundaries and a six before falling to New Zealand captain Daniel Vettori caught and bowled.

The flamboyant right-hander played some delicate late cuts and audacious upper cuts and pulls as the visitors looked to attack him with short-pitched deliveries.

“The most important thing about batting with someone like Sehwag is that you should never try and match him,” Gambhir told reporters about his opening partner.

“He plays the way he plays. There are not many batsmen in the world who play the same way in all three formats.”

Gambhir celebrated his appointment as India captain for the first two one-dayers against New Zealand with a confident knock, cut short when he poked at a Tim Southee delivery outside the
off-stump to give Ross Taylor catching practice at slips.

“I was very disappointed with the way I got out. It was a loose shot on my behalf,” Gambhir said.

Earlier, pace bowler Sharma bagged two of the three remaining wickets as New Zealand managed to add only 45 runs to their overnight score of 148-7.

Sharma induced an edge from overnight batsman Brendon McCullum (40) after he had scored just six runs in the morning session.

McCullum, batting down the order due to back spasms, batted grittily for 134 minutes, hitting four fours off 84 deliveries.

Left-arm spinner Pragyan Ojha (3-57) then had Southee (38) caught at long on. But Southee had batted with success, at one point hitting Harbhajan Singh for two sixes in the same over. His 68-ball innings consisted of three sixes and two fours.

Top-ranked India had started the series as firm favourites against their eighth-ranked opponent, but New Zealand proved a strong opponent in the first two drawn matches at Ahmedabad and Hyderabad. 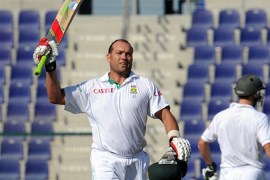 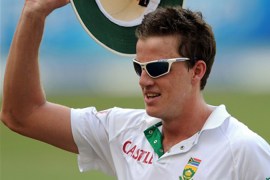 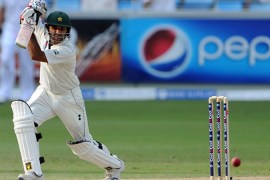