The clash between Latino football heavyweights Brazil and Argentina in Qatar ended in a 1-0 victory to Argentina after Lionel Messi scored in injury time.

Wednesday’s friendly match at Qatar’s Khalifa International stadium saw few clearcut chances for either side and was heading for a goalless draw until Messi went on a trademark run in the second minute of stoppage time.

The Barcelona forward sidestepped two Brazil defenders and slotted the ball past Brazil’s goalkeeper, giving Argentina its first victory over Brazil in six meetings since 2005.

The match also saw Ronaldinho, overlooked for Brazil in the 2010 World Cup finals, make a promising comeback after an 18-month absence.

The two time Fifa world player of the year might even might have scored with a cheeky backheel in the first half, had Argentina goalkeeper Sergio Romero not been alert and saved.

Quick in the build-up, the Brazilians used the width of the pitch well to stretch the Argentine defence, in which Nicolas Pareja was winning a second cap as partner to Nicolas Burdisso.

Argentina played a tighter game looking for trademark short one-twos in their build-ups.

Brazilian right-back Daniel Alves later hit the bar with a shot inside the box after a one-two with fellow defender David Luiz.

Near the end of the first half, Messi started a move in midfield that went down the right before he picked up the ball again near the edge of the box to unleash a shot that shaved the top of Victor’s right-hand post.

Lavezzi came on for Gonzalo Higuain in the second half and Argentina gained width up front, laying on an early chance the Brazilians managed to scramble away.

Argentina, with a greater number of experienced internationals in their side, evened the exchanges in the second half as they pushed further up in midfield.

Wednesday’s eagerly anticipated all South American clash was one of 47 international football friendlies kicking off on the same day. 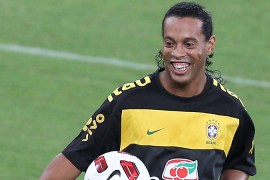 Latino rivals to clash in Qatar

Brazil and Argentina set for eagerly anticipated friendly in the Gulf, heralding return of Ronaldinho. 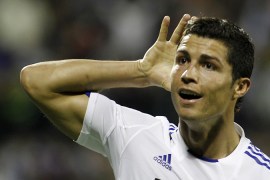 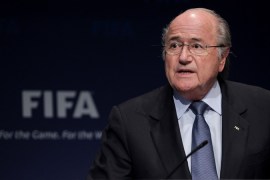 Secret ballot to pick hosts for 2018 and 2022 football tournaments to go ahead as scheduled despite bribery inquiry. 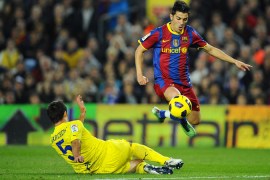