Kim Cheol-ho sealed the win in the 83rd minute on Saturday, firing home a loose ball after a deflection to make it 3-1, booking Seongnam’s place in December’s Club World Cup.

Seongnam, last Asian champions in 1995, made it 2-0 eight minutes into the second half, when Cho Byung-kuk converted a corner kick from Uribe Molina.

Striker Mohammad Khalatbari pulled one back for Zob Ahan in the 67th minute, tapping in a rebound after Igor Castro’s shot was kicked away by Seongnam goalkeeper Jung Sung-ryong, but Kim Cheol-ho stabbed in a third for Seongnam eight minutes from time to seal victory.

“I’m double-happy to be Asian champions as a coach after winning it as a player,” said a beaming manager Shin Tae-yong who played for the 1995 side.

The 40-year-old told reporters he was still haunted by Seongnam’s previous appearance in the AFC Champions League final in 2004.

He watched both legs from the bench as Seongnam beat Saudi Arabia’s Al Ittihad 3-1 away before suffering a stunning 5-0 home humiliation which cost the club the title.

“It’s like mind control, trying to banish those ghosts but we did it so I can say I am a ‘special one’ too now.”

With the win, Seongnam secured a place in next month’s Club World Cup in Abu Dhabi. The AFC representatives will face the winner of the match between hosts Al Wahda and OFC champions Hekari United for the chance to play Inter Milan in the semi-finals. 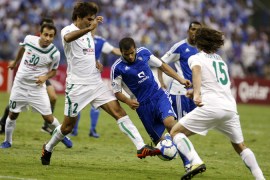 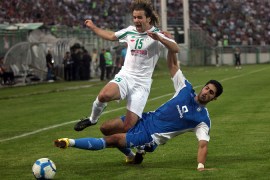 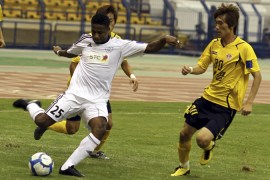 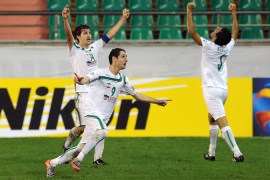