Nigerian football was thrown into more chaos when the country was barred from international competition, putting the Super Eagles’ next Africa Cup of Nations qualifier in doubt.

Just three months after the Nigerian Football Federation escaped suspension over government interference, world governing body Fifa finally stepped in on Monday after politicians continued to meddle in the sport.

Fifa had previously threatened action in July when the government, angry at the national team’s first-round exit at the World Cup, ordered them to pull out of all international competition for two years.

Nigeria president Goodluck Jonathan reversed the decision after the federation agreed to disband the team but Fifa said it would continue to monitor events in the country.

On Monday, Fifa said outside interference, including court action, had prevented NFF directors from doing their job.

It also blamed the government for a decision to start the Nigeria League without relegation from the previous season.

“The Fifa Emergency Committee decided today… to suspend the NFF with immediate effect on account of government interference,” said Fifa in a statement.

“The suspension will be maintained until the court actions have ceased and the duly elected NFF Executive Committee is able to work without any interference.

“During the period of suspension, the NFF will not be able to be represented in any regional, continental or international competitions, including at club level, and also not in friendly matches.”

The Super Eagles were due to visit Guinea for a Cup of Nations qualifier on Sunday, having beaten Madagascar 2-0 in their opening match last month.

It was the latest chapter in the chaotic administration of Nigerian soccer which sees national team coaches hired and fired with astonishing regularity and continual in-fighting among directors and politicians.

Nigeria were banned by the Confederation of African Football (CAF) in 1996 when then President Sani Abacha withdrew the team from the continental finals in South Africa because he had been criticised by Nelson Mandela over the judicial execution of political opponents.

As a result, Nigeria missed the next tournament in Burkina Faso in 1998.

Monday’s suspension means Nigeria cannot compete in age-restricted competitions or international club competitions, although the country has no representatives left in this season’s African Champions League.

Nigeria have played at the World Cup finals four times, twice reaching the second round, and twice won the Africa Cup of Nations. 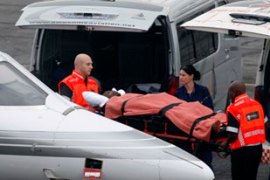 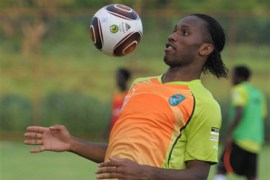 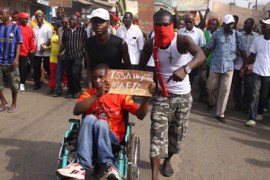 African football chiefs slammed as Togo take their case to arbitration in Switzerland. 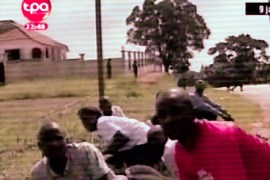