Football’s world governing body is having its first major meeting since allegations of corruption hit the World Cup bidding process.

The outcome of that inquiry will be revealed in mid-November, with the destinations of the 2018 and 2022 tournaments still set to be decided in December.

A two-day meeting of the executive committee in Zurich on Thursday has the task of reducing the confusion surrounding the process – and deciding whether the December 2 date for deciding the hosts is still realistic.

With just over one month to go, the voting process has not been announced and it is not clear how many voters there will be.

The bidders – Russia, England, Spain/Portugal and Belgium/Netherlands for 2018, and Japan, South Korea, Australia, the United States and Qatar for 2022 – say they are carrying on regardless.

“We’re doing as we did before. Today, we don’t know the number of executive committee members who will vote. Other than that, we don’t see any impact. We are still concentrating on presenting our case.”

Last week, Fifa provisionally suspended two members of the executive committee – Amos Adamu of Nigeria and Reynald Temarii of Tahiti – over allegations they offered to sell their votes to undercover newspaper reporters from the Britain’s Sunday Times.

Fifa’s ethics committee is due to make a definitive decision on the pair by mid November.

It could extend the suspensions, meaning that there will be only 22 or 23 voters at the election.

Fifa are also investigating claims of collusion and vote-swapping between unnamed bidders for the 2018 and 2022 bids, which is banned by the rules.

Those bidders have been reported in the media as the joint bid between Spain and Portugal – which has publicly denied the claims – and Qatar.

The ultimate penalty for this is disqualification.

Meanwhile European football’s governing body Uefa is taking legal action against a Cypriot official who said he had evidence of corruption relating to the decision to award Poland and Ukraine the Euro 2012 championships.

Uefa had set Spyros Marangos a deadline of Wednesday to provide evidence to back up his claims and Uefa spokesman Rob Faulkner confirmed the Cypriot official had failed to do so.

Germany’s Suddeutsche Zeitung reported that Marangos had said he had evidence that certain Uefa representatives were corrupted in the bidding process in 2007, when Italy and a joint Croatia and Hungary bid missed out. 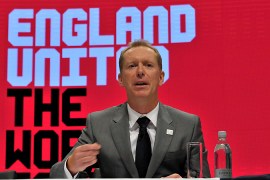 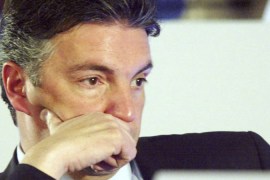 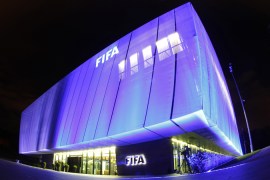