Wayne Rooney’s stand-in Javier Hernandez scored twice to give Manchester United a late 2-1 win over Stoke City and provide some on-field tonic to a difficult week.

Rooney grabbed the headlines all week as the England striker stated a desire to leave Old Trafford before almost immediately changing his mind and signing a five-year contract.

He missed the game with an ankle injury but for the second week running his replacement, Hernandez, opened the scoring.

One side who had hoped to capitalise on the unrest at United by signing Rooney, Manchester City, lost 3-0 at home to Arsenal after Dedryck Boyata was sent off in the fifth minute for bringing down Marouane Chamakh when clear on goal.

Samir Nasri, Alex Song and Nicklas Bendtner scored for the Gunners to put them second in the table, five points behind Chelsea.

Liverpool got their first win since a takeover by the owners of the Boston Red Sox by beating Blackburn Rovers 2-1 at Anfield, with Fernando Torres scoring the winner after a Jamie Carragher own goal made it 1-1 to Blackburn after Sotirios Kyrgiakos had opened the scoring.

Last week United threw away a 2-0 lead to draw 2-2 at home with West Bromwich Albion, which, after four successive away draws, was their fifth stalemate in eight league games.

It looked like a sixth was on the cards after Tuncay Sanli cancelled out Hernandez’s opener in the 81st minute only for the Mexican to snatch the winner four minutes from time at the Britannia Stadium.

A first away win of the season took United’s points tally to 17, level with City and Arsenal.

Rooney, who turned 25 on Sunday, was reported to have flown to Dubai for a holiday while his ankle injury heals.

United manager Alex Ferguson, delighted to have secured the services of his key striker for five more years – or at least guaranteed a huge transfer fee should he feel the itch again – was happy to turn his attention back to closing the gap on Chelsea.

“We have to start making up ground quickly. We can only do that with everyone on board, with no one jumping ship. Then we can see the real Manchester United,” he told Sky Sports before the match.

His players were on their mettle from the start amid a cup-tie atmosphere in The Potteries with Hernandez again paired with Dimitar Berbatov up front.

After 27 minutes Nani launched a deep cross that Nemanja Vidic headed back across goal.

The ball’s flight was awkward for Hernandez but he managed to jump and back-header the ball beyond Thomas Sorensen for an exquisite goal.

He almost got a bizarre second when he charged down a Sorensen clearance and the ball rebounded off his back and just over the bar.

United continued to stand up to the physical pummelling Stoke routinely hand out to guests at the Britannia Stadium – handing out some meaty challenges themselves – but eventually paid the price for trying to sit on their lead.

He immediately picked out substitute Tuncay who cut inside from the right wing and thumped a curving left-footer across Edwin van der Sar and into the top corner.

The goal shook United into life and Hernandez reacted sharply to Patrice Evra’s cross-shot to turn in the winner from close range four minutes from the end.

Arsenal had Cesc Fabregas back pulling the strings in a league game for the first time in five weeks and he made a huge difference with a display full of promptings and probings.

One of his passes, into the path of Chamakh, produced Boyata’s mad moment with a rash trip outside the box.

Arsenal soon made their numbers pay when Nasri finished a neat move to open the scoring after 21 minutes and, although Joe Hart did well to save a Fabregas penalty, the Spaniard made amends by setting up Song for the killer second goal after 66.

Bendtner came off the bench for his second appearance of the season to complete the scoring.

“We played some outstanding football at times and it’s very difficult to stop a team playing at that tempo,” Fabregas told Sky Sports.

Liverpool remain in the relegation zone on nine points but there was a real feeling of relief around Anfield as they not only chalked up a rare win but played some enterprising football.

Kyrgiakos put Liverpool ahead early in the second half with a header and after Carragher put through his own net in the 52nd minute, Torres grabbed the winner a minute later with his second goal of the season. 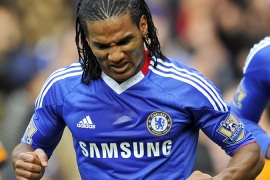 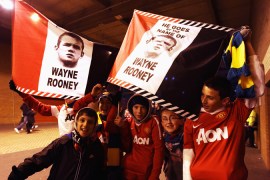 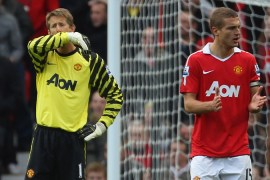