Nigeria’s ban from international football has been provisionally lifted by world governing body Fifa, two days ahead of the team’s Africa Cup of Nations qualifier against Guinea.

Fifa suspended the West African giants over political interference in the sport on Monday, but said the situation had since improved as they lifted the ban until later this month.

The governing body said in a statement that the acting general secretary of the Nigerian federation (NFF) had been allowed to return to his post and the government had stopped its interference in the Nigerian League.

Fifa said there had also been assurances that a court case involving the NFF would be dropped and set October 26 as the deadline for this to be confirmed.

“However, should the NFF still be embroiled in court actions or any other issue preventing it from working freely on that date, the suspension will be automatically confirmed until all problems have been definitively solved,” Fifa said.

Fifa initially imposed the ban for what it called “government interference” in the running of Nigerian football.

It said the decision followed a bid by the sports minister to restart the Nigerian domestic league without relegations, pressure to oust the NFF’s acting general secretary and court action barring elected members of the federation’s executive committee.

Nigeria’s government sought to ban the national side from playing shortly after the African footballing powerhouse bowed out of the continent’s first World Cup in South Africa in the group stage with just one point.

The two-year ban was lifted on July 5 after Fifa imposed a deadline to stop political interference.

But several footballing executives were sacked and President Goodluck Jonathan also ordered an investigation into how the funds allocated for the World Cup team had been used.

Striker Shinji Okazaki stabbed home the winner in the 19th minute to give the Blue Samurai their first victory over the two-time World Cup winners in front of 57,000 in Saitama.

“It was an important test facing such big opponents as Argentina. I told my players if they believed in themselves they could win.”

Messi proved Argentina’s most dangerous weapon despite only just recovering from an ankle injury but it was Japan who took a surprise lead with 19 minutes gone.

Messi and Carlos Tevez in particular came close on several occasions but Japan’s defence stood firm to deliver their coach a famous win. 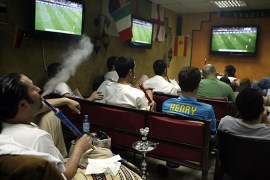 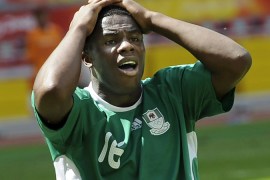 Super Eagles suspended from international football due to ‘government interference’ as they prepare to play qualifier. 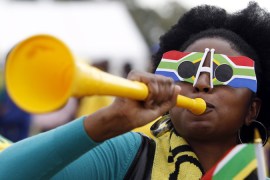