Algeria’s football federation has denied media reports that coach Rabah Saadane is about to resign.

The federation said it was surprised by the provocative tone in Algeria of strained relations between Saadane and his squad at a training camp in France, where they are preparing for this month’s Africa Cup of Nations.

“There is no foundation to these allegations and we wonder what is the real goal of this disinformation,” said a statement on the federation website on Tuesday.

“We are anxious to reassure the public that an excellent mood reigns in the squad.

“No dissension exists between the coach and the players.”

Saadane steered Algeria to a surprise World Cup finals place with a playoff win over Egypt in November.

He was also coach when Algeria last played at the World Cup in Mexico in 1986.

Algeria were drawn with England, Slovenia and the United States at this year’s tournament in South Africa.

At the Cup of Nations they are grouped with hosts Angola, Mali and Malawi.

Their opening match is against Malawi on Monday. 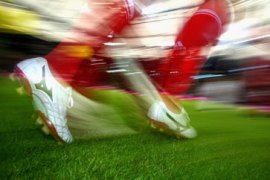 Angola captain will miss African Cup of Nations due to knee surgery. 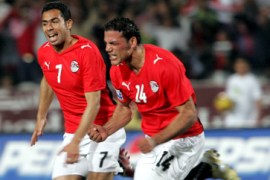 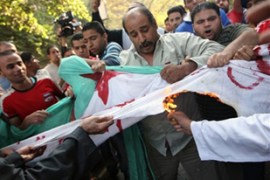 Gaddafi to mediate in football row

Libyan leader to calm tension between Algeria and Egypt after World Cup matches.