Roger Federer was at his brilliant best as he demolished Jo-Wilfried Tsonga 6-2, 6-3, 6-2 to join Britain’s Andy Murray in the final of the Australian Open.

The world number one outclassed his French opponent to wrap up a lop-sided victory in under an hour and a half at Melbourne Park and book his 22nd Grand Slam finals appearance.

Federer, seeking his fourth Australian title, hopes to reverse his tear-filled exit from last year’s final when he was beaten by Rafael Nadal, the left-handed Spaniard’s first hard-court title.

Murray has been the form player over the past fortnight but Federer’s imperious display will give the Scotsman a couple of sleepless nights before Sunday’s final.

Federer has already won the Australian Open three times, in 2004, 2006 and 2007, and is now through to his fifth Australian final and his eighth final in a row.

A victory over Murray will provide the 28-year-old with his 16th grand slam, extending yet another record he holds.

“I know he’d like to win the first for British tennis in… what is it … like 150,000 years?” Federer joked of Murray in a courtside interview.

“The poor guy has to go through those moments over and over again. He’s done tremendously. We match up well. I’m looking forward to the final.”

Murray’s motivation has indeed in part been fuelled by a 74-year drought for British men in Grand Slam singles.

Murray beat Marin Cilic in the semi-finals after ousting Nadal in the quarterfinals. Now, hopes are high in the United Kingdom that he could be the first British man since Fred Perry in 1936 to win a major singles title.

Federer, growing in confidence with every match after a slow start to the championship, showed no mercy against a weary Tsonga, who had won his two previous matches in five sets.

“I thought he did really well in those five set matches and I expected him to come out here and be really athletic the way we know him,” a relaxed Federer said.

“Maybe he was mentally more fatigued than physically.”

Federer shows no sign of slowing down despite his haul of major trophies.

He broke Tsonga’s erratic serve once to win the opening set then twice more in each of the next two while comfortably holding each of his service games.

Tsonga, who reached the Australian Open final two years ago but has yet to win a grand slam, did not get a single break point on the Swiss master’s serve.

“I’m very happy. You’ve always got to deal with how your opponent plays. Sometimes he plays like you want, sometimes not,” Federer said.

“It’s nice going through like this but I already know the next match won’t be this way.”

The Williams sisters broke Huber’s service to open the second set and won the match when they again broke Huber, clinching it on a winning reflex volley by Serena.

The sisters high-fived each other at the side of the court after the win.

The Williams sisters won the Australian title for the first time in 2001 and added championships in 2003 and last year. Black, of Zimbabwe, and Huber, a South African-born American citizen, won the Australian Open doubles title in 2007 and were the top-seeded team in the tournament this year.

Serena has 11 singles majors and is hoping for a 12th in the Australian Open final on Saturday against Justine Henin.

Henin’s stunning success comes only two tournaments into her return from a
20-month retirement, a comeback that the Belgian herself has called “extraordinary” and Williams called an “amazing” story.

“It’s more than a dream for me,” Henin said Friday.

“The challenge of facing the No1 player in the world is magnificent.”

The two have played 13 times, including six Grand Slam showdowns that went
as far as only the semi-finals. Williams holds a 7-6 edge in their overall matchups. In Grand Slams, Henin leads 4-2.

If Williams wins, she will tie Billie Jean King for a career total of 12 major singles titles.

“It will be a defining match for both of us,” Williams said.

“It definitely will be mental and (about) who wants the title more and who’s willing to go the extra step.” 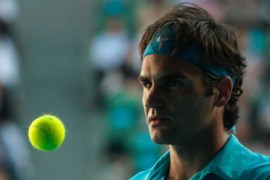 Swiss champion books himself a semi berth as Venus Williams crashes out to China’s Li. 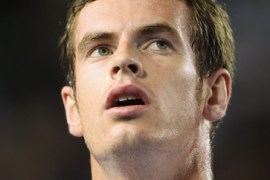 Spaniard limps off court after devastating display from Scot at Australian Open. 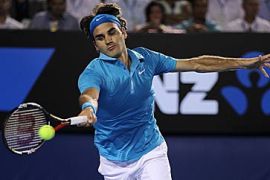 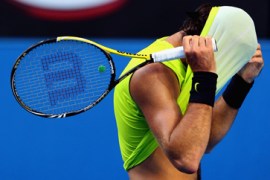 Del Potro out of Australian Open

US Open champion crashes out in fourth round as Nadal and Murray set up quarter showdown.