Sevilla may use the January transfer window to replace defender Sergio Sanchez who has been sidelined with a heart condition, according to president Jose Maria del Nido.

The 23-year-old has “a heart condition that requires him to stop all physical activity for the moment,” the Spanish Primera Division club said on its website.

Sanchez, who usually plays at right back, had undergone a series of medical tests prior to the announcement and had been ordered by doctors to stop all physical activity.

The Catalan player has gone to Barcelona to see his family and will undergo
further tests there.

“The news did not arrive all of a sudden; he’s a young kid, with a splendid future and a meteoric career and the fact he has had this setback now is a blow,” Del Nido told a news conference before Saturday’s match at Atletico Madrid.

“It implies that we will reconsider the player’s situation and confirm whether his absence is definitive,” he added.

“In that case, we would also consider strengthening that position.”

The news of his heart problem has shocked the players, who had to cope with the death just over two years ago of midfielder Antonio Puerta, Jimenez said on Sevilla’s website.

Puerta collapsed during a game and later died after a prolonged cardiac arrest.

“Imagine (how we feel) considering what we have been through here,” Jimenez said.

“With the precedents that there are it’s wise to be cautious and you have to congratulate the doctors and cardiologists who examined him,” he added.

Espanyol captain Daniel Jarque also died of heart failure in 2009 in his team’s hotel in Italy. He was 26. 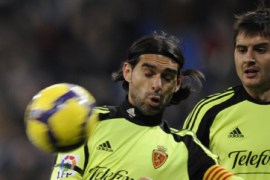 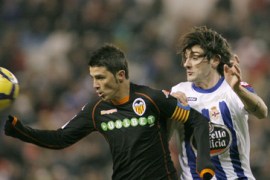