Simms said the timing of the Commonwealth Games, would interfere with 100 and 200 metres Olympic and world champion Bolt’s pre-season ahead of the 2011 campaign.

“It’s now looking unlikely Usain will be going to the Commonwealth Games. His priorities have to lie elsewhere.”

“First and foremost is his four-year plan leading up to the next Olympics, which is exactly what he did prior to Beijing in 2008,” said Simms.

“It’s started well enough with what he achieved at last summer’s Berlin World Championships, but this year is all about the Diamond League and a continuation of his preparation for 2012.

“He also views the World Championships in 2011 and 2013 as crucially important.”

Simms added: “The timing of the Commonwealth Games is the issue here. By the start of October, Usain will have needed to have rested and then began his pre-season which, as every athlete knows, is massively important.

“If you don’t get your pre-season right, then you won’t get the following summer right. If Usain ran in Delhi, it would not only require him to stay at his best from pretty much May through to October, but then delay his pre-season until Christmas or the new year.

“That would be far too late if he wants to emulate his feats so far on a global stage in 2011. It’s not as if Usain doesn’t want to be at the Games, it’s more the case that he most probably can’t afford to be there.”

Bolt has said his biggest goal in 2010 would be to go undefeated on the new Diamond League circuit and Simms confirmed the 23-year-old planned to run in seven meetings on the circuit as well as several races in Jamaica.

The Jamaican is expected to face American world silver medallist Tyson Gay, the second-fastest 100 metres runner of all-time, at least three times on the new circuit.

His compatriot Asafa Powell, the former world record holder, is also likely to join the pair in several races.

“With three great athletes in one race, anything is possible,” said Bolt, who lowered his world records to 9.58 seconds in the 100 metres and 19.19 seconds in the 200 at August’s world championships in Berlin.

In the long term, Bolt said it would be important for him to defend his world and Olympic titles.

“I don’t consider myself a legend until I defend most of my titles,” he said.

Bolt did not compete at the 2006 Commonwealth Games in Melbourne because of a hamstring injury.

The Commonwealth is an organisation largely made up of nations that were once part of the now defunct British Empire.

Whereas the Commonwealth Games were once considered one of the major track and field events outside the Olympics, the advent of the World Championships, European Championships and Asian Games have seen a decline in the importance attached to it by many athletes. 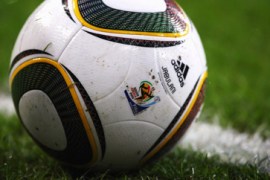