Hosts Turkey and dark horses Serbia advanced to the basketball World Championships semi-finals in contrasting fashion after both teams produced scintillating performances to beat their rivals.

An audacious three-pointer by guard Milos Teodosic from nine metres with three second remaining handed Serbia a 92-89 win over holders Spain, while Turkey blew away Slovenia 95-68 to send a passionate home crowd into raptures.

The two sides will meet on Saturday for a berth in the final while the winners of Thursday’s quarter-final doubleheader, featuring the USA v Russia and Lithuania v Argentina, clash in the other semi, also on Saturday.

Teodosic, who was suspended for the opening two games after a brawl with Greek rivals in a pre-tournament friendly, made amends for his patchy form with a killer blow after Spain had rallied from an eight-point deficit.

Having struggled with his long range-shooting throughout the tournament, Teodosic sank the game-winning shot with a Spanish defender in his face after Serbia almost lost possession.

The win also gave Serbia sweet revenge for last year’s emphatic defeat to the Spaniards in the European championship final and their coach Dusan Ivkovic said the players deserved all the credit for their hard work and team spirit.

“The glory belongs to the players. It was easily our best match here, we have improved considerably in only a year and I am just happy to have been in charge of this great group for the past three years,” he told Serbian television.

The Turks stretched their unbeaten record to 7-0 after tidal waves of three-pointers, fast breaks and offensive rebounds swept away the Slovenians, who took an early 10-6 lead.

Turkey replied with a 21-4 run, their advantage soared to 71-43 at the end of the third quarter and they finished with their foot on the gas pedal, having grabbed 27 offensive boards and sunk 10 shots behind the arc from 17 attempts.

Their forward Ersan Ilyasova, wearing a mask to protect a facial injury, had 19 points after hitting three three-pointers from four attempts and four of his team mates provided the support with double scoring digits.

“We have achieved a historic success with an impeccable performance,” Turkey’s Serbian coach Bogdan Tanjevic told a news conference after steering his team to a maiden semi-final berth in their third world championship appearance.

“We face a truly great rival for a berth in the grand final and I dare not think about a medal yet because the ladder is getting steeper and you have to climb it one step at a time.”

Turkey enjoyed their only podium finish in any major event when they won the silver at the 2001 European championship on home soil. 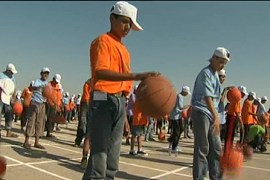 Children earn a place in the Guinness Book of World Records when 7500 kids bounce balls. 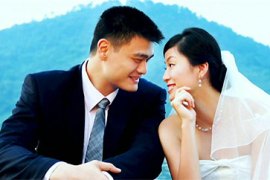 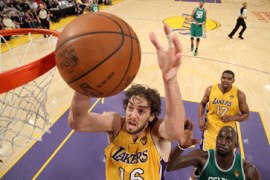