The selection of Woods had been widely expected, with the world number one having improved his form in recent weeks after struggling for much of this season while grappling with highly publicised personal issues off the course.

“It’s great to be a part of this team,” 14-times major winner Woods said via telephone after Pavin announced his four picks on the seventh floor of the New York Stock Exchange.

“I am honoured to be selected.

“A couple of months ago I was trying to make the team on points, but I didn’t. The last two events I played, I played much better and here we are. I think my game is not that far away.”

Woods, winless this season after 11 starts on the PGA Tour, will be making his sixth appearance in the biennial competition as the US side tries to win for the first time on foreign soil in 17 years.

“Tiger is one of 12 guys on the team, and every one of them is just as important as another player,” said Pavin, who was flanked by his assistant captains Davis Love III, Tom Lehman and Paul Goydos for the news conference with the golden Ryder Cup perched on a wooden table in front of the dais.

“The objective here is to have 12 players that make up Team USA that are going to go out there and have one goal in mind, and that’s to try to win The Ryder Cup over in Wales.”

Asked whether he had any doubts that Woods would make the team, Pavin replied: “I didn’t think about it very much. I was just waiting and watching.

“I was hoping that he would qualify on points. He didn’t, and then I just waited to see how he was going to play.”

“The American side has an excellent blend of youthful talent alongside some seasoned Ryder Cup campaigners.

“I am delighted to see Tiger Woods amongst Corey’s selections – the Ryder Cup is a better event with him in it.”

The selections of 2009 British Open champion Cink, a veteran of the last four Ryder Cups, and 2007 Masters winner Johnson had also been widely expected.

“I’m thrilled and excited beyond belief,” said Johnson, who will be making his second Ryder Cup appearance and is the only one of Pavin’s picks to win a tournament his year.

“Having your nation’s flag on your sleeve makes it that much more special.” 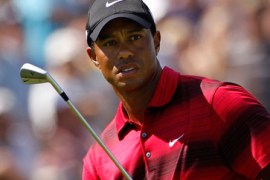 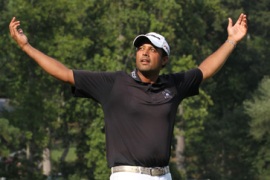 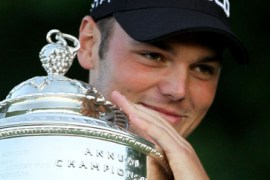 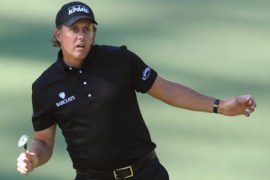