France travel to Bosnia-Herzegovina knowing that defeat would put serious question marks over their ability to qualify for Euro 2012 just two matches into the campaign.

New coach Laurent Blanc saw his competitive reign get off to a horrible start at the Stade de France last week when Les Bleus followed their atrocious World Cup experience with a 1-0 home defeat to 78th-ranked Belarus.

It was France’s fourth consecutive competitive defeat and the Bosnians will represent a tough hurdle after they began their Group D campaign with a 3-0 win in Luxembourg.

France are themselves slipping down the rankings following their World Cup mutiny, when they finished bottom of their group in stark contrast to reaching the final four years earlier.

“My players completed the task, scored early goals and started qualification with a win. France are coming to us as wounded lions. My players will also try to cause a surprise,” Bosnia coach Safet Susic told European football body Uefa’s website.

Blanc’s new-look team are not the only big name in need of a rapid return to form.

Portugal, held 4-4 at home by Cyprus in their Group H opener, have an awkward-looking trip to Norway.

Italy, who like France were humiliated at the World Cup finals in South Africa, only just avoided defeat by Estonia on Friday in Group C.

They came back to win 2-1 and Cesare Prandelli’s side will look to build on that victory at home to the Faroe Islands in Florence.

England impressed against Bulgaria on Friday, opening their qualifying campaign with a somewhat flattering 4-0 win but it could be a tighter affair in Basel on Tuesday against a Swiss side normally strong at home.

World and European champions Spain are not in action but Germany, runners-up in Vienna in 2008, host Azerbaijan having secured a 1-0 victory in Belgium on Friday.

Beaten World Cup finalists The Netherlands will be without Dirk Kuyt for the visit of Finland in Group E after the Liverpool striker damaged his shoulder attempting a bicycle kick in training.

In the pick of the other ties on Tuesday, Croatia take on Greece in Group F and Serbia play Slovenia in Group C. 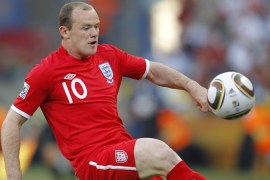 No respite as England take on Swiss 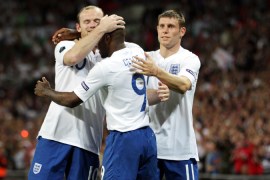 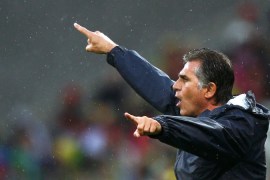 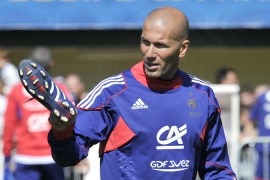