AC Milan opened their Serie A campaign with a classy 4-0 win over Lecce but it was another bleak Sunday for defeated Juventus and the officials who wrongly awarded Napoli a goal in their 1-1 draw at Fiorentina.

Swede Ibrahimovic was unavailable to new coach Massimiliano Allegri as he has not yet completed the formalities of his move from Barcelona but Milan did not need him as a promoted Lecce chased shadows.

Thiago Silva soon bundled in a corner and Pato netted again on 28 minutes by rounding the goalkeeper after a shrewd pass from Ronaldinho.

Filippo Inzaghi made it four late on.

“It’s clear that with this squad Allegri has to win,” said the Italian Prime Minister, whose side’s last scudetto was in 2004.

Juve lost 1-0 at Bari as their problems from last term were again exposed despite a spending spree.

First-half substitute Massimo Donati blasted in for Bari with his left foot from outside the area two minutes before the break.

Juve, Italy’s most successful domestic club who finished a poor seventh last term, have already been in competitive action this season in Europa League qualifiers but still struggled.

Injuries meant Juve gave a start to striker Fabio Quagliarella, who signed from Napoli on Friday, as well as league debuts to six other new recruits who failed to gel.

“Clearly we have a lot to do,” new coach Luigi Del Neri told Sky TV.

“It will be a difficult season because everyone will battle especially hard against us.”

Football’s debate over the use of technology was fuelled by debutant Edinson Cavani giving Napoli the lead at Fiorentina despite replays showing his early header bounced off the bar on to the line, not over it.

Gaetano D’Agostino’s rocket grabbed a 1-1 draw for the hosts before both sides finished with 10 men.

Sampdoria, knocked out of the European Champions League qualifiers in midweek, beat Lazio 2-0 while Sicily’s Palermo drew 0-0 with Sardinia’s Cagliari.

Champions Inter Milan, hurt by Friday’s European Super Cup defeat by Atletico Madrid, visit managerless Bologna on Monday as Serie A completes its first round of matches as a breakaway division from the rest of the league. 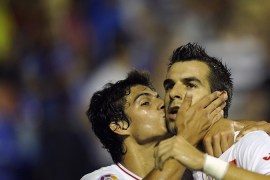 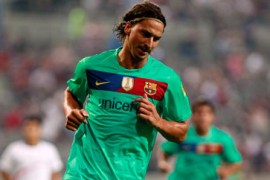 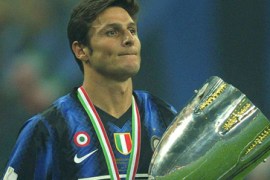 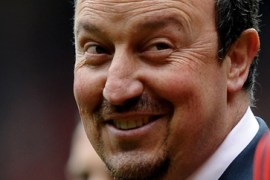