After signing from Ligue 1 rivals Bordeaux, Lyon’s new playmaker Yoann Gourcuff will see a familiar face when he lines up for his first match with the seven-times champions at Lorient on Saturday.

Sitting on the Lorient bench will be coach Christian Gourcuff, Yoann’s father.

“It’s true that destiny does strange things sometimes,” Gourcuff said after joining from 2009 champions Bordeaux in a deal worth $27.8 million.

“Playing against my father will be a bit bizarre.”

The France midfielder, the most spectacular Ligue 1 signing during the transfer window, warned Lyon fans not to expect too much from him.

“I don’t see myself as the Messiah or a great conductor,” said the 24-year-old.

“Football is a team sport and my qualities are to help the team play.

“I’ll be part of the group and will try to blend in as well as possible.”

Champions Marseille have also made a slow start and have been busy in the transfer market before their visit to Bordeaux on Sunday.

The club breathed a collective sigh of relief on Tuesday with the news that striker Loic Remy had been cleared to play despite a heart problem.

The 23-year-old had been diagnosed with a heart defect last week after joining from Nice on a five-year contract.

“You’re not in the best conditions when you’re told your career could be over but now I feel relieved,” Remy said.

“It’s taken a weight off my mind and I’m ready to play on Sunday.”

Marseille coach Didier Deschamps might have to wait a bit before fielding his other reinforcement, France striker Andre-Pierre Gignac, who joined from Toulouse and is recovering from an ankle injury.

Gignac, who was born near Marseille, was delighted with the move.

“My blood is blue and white,” he said.

“I have plenty of pictures of me as a kid wearing the Marseille shirt.” 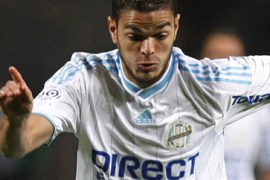 Standoff as Olympique Marseille say they will not sell France star to Newcastle. 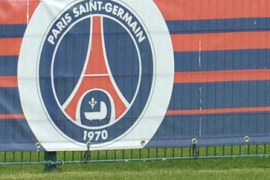