Finland’s four-time Olympic ski jump champion Matti Nykanen was sentenced to 16 months in prison for attacking his wife with a knife on Christmas Day.

Nykanen, 47, won four Olympic gold medals, three of them at the 1988 Calgary Games, and one silver.

“A knife was used in the assault and the crime is…considered aggravated,” the Pirkanmaa court said after noting that Nykanen’s wife Mervi had numerous cuts and scratches on her head and body.

The two are in the process of divorcing.

Since the end of his competitive days in the early 1990s, Nykanen has become notorious at home and abroad for his turbulent relationships, bar brawls and career ventures into the entertainment business.

In 2004, Nykanen received a 26-month jail sentence for aggravated assault following a stabbing incident at a cottage in Nokia, around 180km north of Helsinki. 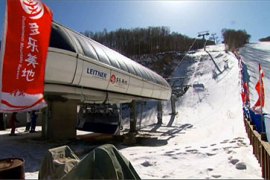 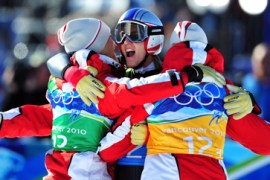 Austria justify status as favourites as they soar to Olympic ski-jumping gold.