There was no new year cheer for Bolton Wanderers manager Gary Megson who was unceremoniously fired on Wednesday following a 2-2 draw against Hull City.

The result leaves the northern club in the relegation zone of the English Premier League and supporters made their feeling clear after the team were booed off after losing a 2-0 lead against fellow strugglers Hull.

“Gary Megson has been relieved of his duties with immediate effect,” the club said in a statement on their website.

“The decision has been taken in the light of the position the club finds itself in the Premier League at the halfway point of the season.

Tuesday’s draw against Hull was not altogether bad news for Bolton as the draw extended their unbeaten run to four games which included a win over West Ham United and a 3-3 draw with Manchester City.

But Megson was not as positive after the match.

“When I came here it was a club at the bottom and as soon as I arrived Nicolas Anelka left. Yet the wages bill is down, running costs are down and it’s a bit galling if people can’t see what’s happening and what we are trying to do.”

Bolton finished two places above the relegation zone in Megson’s first campaign in charge and they were 13th last season.

Megson joined Bolton in October 2007, replacing Sammy Lee. His appointment was not a popular one, with a local opinion poll at the time finding less than two percent who were happy with the appointment.

Bolton were the eighth club Megson has managed. He spent four years with West Bromwich Albion from 2000 but most of his other appointments have lasted less than two years.

The former Sheffield Wednesday and Manchester City midfielder was the third Premier League manager to lose his job this season following the departure of Mark Hughes from Manchester City and Paul Hart at Portsmouth. 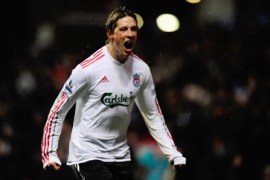 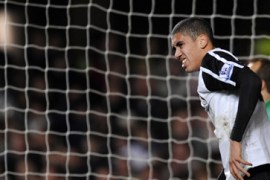 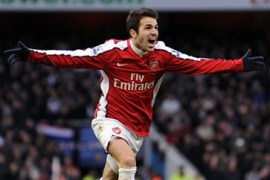 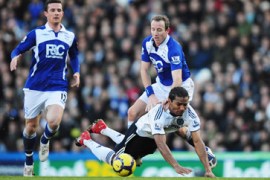