Roger Federer and Serena Williams were named as the International Tennis Federation’s world champions of 2009.

Federer, who receives the ITF award for a fifth time, completed a career Grand Slam by winning the French Open at Roland Garros before capturing his record 15th major title at Wimbledon.

Williams, who receives the ITF honour for a second time, won the Australian Open and Wimbledon to bring her career total of Grand Slam titles to 11.

The winners will receive their awards at the annual ITF world champions dinner in June in Paris, during the French Open.

Federer regained the No1 ranking from Spanish rival Rafael Nadal after his Paris victory and Wimbledon win over Andy Roddick, where he also beat Pete Sampras’ haul of Grand Slam titles.

“It was an incredible year for me both on and off the court,” Federer said.

“To win my first Roland Garros title, break the all-time Grand Slam record and regain the No1 ranking is amazing. It means a lot to me to finish the year again at the top.”

Serena and Venus Williams were selected as women’s doubles world champions for the first time, making Serena the first player since Martina Hingis in 1999 to receive both singles and doubles honours.

Daniel Berta of Sweden and Kristina Mladenovic of France were named ITF junior world champions, while the wheelchair awards went to Shingo Kunieda of Japan for the third consecutive year and Esther Vergeer of the Netherlands for the 10th straight year. 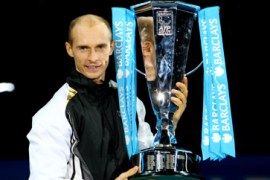 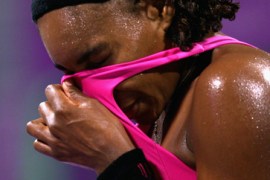