European Footballer of the Year Lionel Messi chested the winner to lead Barcelona to a 2-1 extra-time victory over fellow countrymen Estudiantes in the Club World Cup final in Abu Dhabi.

The Spanish team were crowned world club champions for the first time, denying Argentina’s Estudiantes who took the honour in 1968.

In the 110th minute Brazil right back Daniel Alves crossed and Messi darted between two defenders to chest the ball past goalkeeper Damian Albil.

Estudiantes had shocked the large Barca support in the 43,000 crowd at Zayed Sports City when they went ahead in the 37th minute on Saturday.

Pedro then nodded a dramatic equaliser in the 89th minute.

A high cross came in from the left, centre back Gerard Pique touched it on and the substitute headed over Albil.

It was just reward for Barca’s perseverance with their classy attacking game and snuffed out tired Estudiantes’s dream.

Earlier, Barca could have had a penalty when Albil came out for a through ball to Xavi and the midfielder went down.

In a first half with hardly any goalmouth action, Barca had more than 60 per cent of possession but little penetration.

Messi was later booked for diving as he could find little space in the packed Estudiantes defence.

With striker Pedro coming on for midfielder Seydou Keita and Messi attacking from deeper, Barca had more penetration after the break.

Messi found Ibrahimovic in space on the left but the Swede’s shot went just wide of the far post.

Then, in the 52nd minute, Albil saved from Ibrahimovic who had forced his way through on the left.

Pedro almost converted a cross from Thierry Henry on the hour but failed to make contact with the goal at his mercy.

Barca should have scored in the 69th when Pedro had a shot blocked by Albil’s feet.

Fifa boss says no to video replays ahead of Club World Cup final. 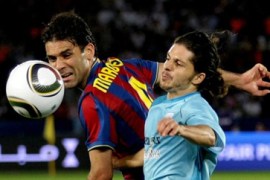 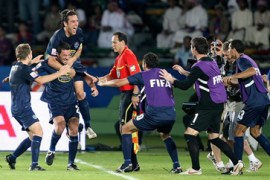 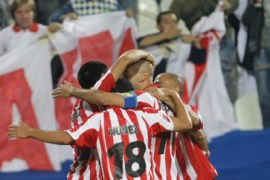