England batted confidently to reach 88 for one wicket by stumps after Graeme Swann had taken five wickets to help bowl out South Africa for 418 on the second day of the first Test at Centurion.

Swann claimed his third five-wicket haul in 13 Tests, finishing with 5-110 from 45.2 overs of offspin with the Proteas tailenders adding more than 100 runs after the last specialist batsman, JP Duminy, had been dismissed for 56.

England captain Andrew Strauss was 44 not out at the close and will resume on Friday alongside Jonathan Trott on 18.

De Wet finished the day with 1-46 from seven overs, easily the most expensive of the four bowlers used by South Africa.

Alastair Cook was the England batsman out, caught on 15 by wicketkeeper Mark Boucher to give debutant fast bowler Friedel de Wet his first Test wicket and leave the visitors on 25-1 in the sixth over.

Cook had been dropped on the fourth ball of the innings, put down in a regulation chance by AB de Villiers at third slip from paceman Makhaya Ntini, who is playing in his 100th Test.

“That wasn’t our best bowling performance,” said Jacques Kallis, who was out for 120 before lunch.

“We would have liked a couple of extras wickets by the close.

“There is still a little bit (of life) in the wicket. You never quite feel you are in as a batsman.”

But it was Proteas’ lower order that frustrated Strauss, who put South Africa in to bat after winning the toss Wednesday.

After Duminy’s dismissal left South Africa on 316-6, Boucher dug in to score 49 in 156 minutes and put on stands of 25 with fast bowler Morne Morkel and 36 with spinner Paul Harris.

England were kept in the field until seven overs into the final session, with Harris batting for nearly two hours to score 38 and put on a stand of 37 with De Wet, who faced 67 balls for 20. 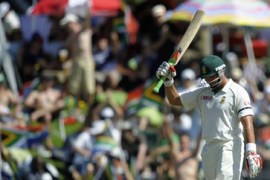 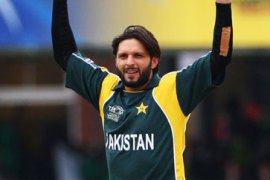 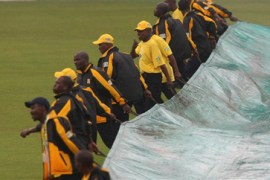 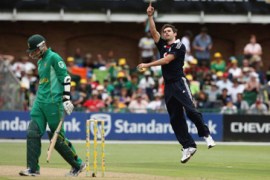