Promoted Parma are enjoying a dream return to the top flight and lie a point ahead of Genoa, Sampdoria and Fiorentina, who beat Atalanta 2-0 in Florence thanks to Juan Vargas and Alberto Gilardino.

Biabiany, on loan from Inter Milan, kept his cool after a quick break to equalise Rodrigo Palacio’s opener and then put the visitors ahead before in-form Raffaele Palladino rifled in the leveller midway through the second half.

Twice Uefa Cup winners Parma had fallen on hard times after money problems but are back with a vengeance this term after some shrewd signings in the close season.

Genoa, denied a winner after a disputed offside call, finished fifth last term in only their second season back in Serie A and are again thriving despite selling Diego Milito and Thiago Motta to Inter.

Fiorentina, who took the final European Champions League qualifying slot last season and are already into the last 16 of Europe’s premier competition, still look favourites to finish fourth this term but know they have a fight on their hands.

Cagliari were threatening to go fourth when they led 1-0 at Palermo at half time in their Sicilian-Sardinian battle but the hosts stormed back under new coach Delio Rossi to win 2-1.

Eighth-placed Napoli also mounted a comeback in their 3-2 home victory over Bari with Italy striker Fabio Quagliarella finding his form after a sticky patch with two goals.

Michele Paolucci’s goal gave Siena a 3-2 home victory over former club and fellow bottom side Catania while Chievo won 2-0 at lowly Livorno and Bologna snatched a 2-1 win over Udinese.

Roma are playing Lazio in the Rome derby, which was suspended for nearly 10 minutes during the first half due to exploding firecrackers in the stands.

Referee Nicola Rizzoli stopped play in the 13th minute, and explosions continued during the suspension.. 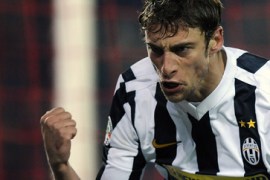 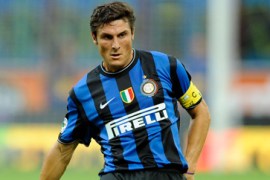 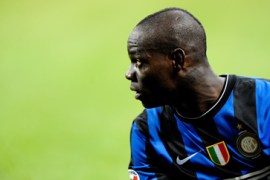 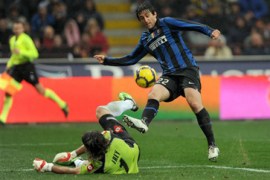