Dutch striker Robin van Persie’s ankle injury, sustained during international duty, will require surgery and will rule him out of Arsenal’s team for at least five months.

Van Persie was carried off on a stretcher in the friendly between Netherlands and Italy earlier this month after landing badly following a tackle by Giorgio Chiellini.

The lengthy recovery period will leave the English Premier League club without Van Persie until the final matches of the season, which also means his playing time will have been limited before going to the World Cup in June with the Netherlands.

The 26-year-old forward tore ankle ligaments and was initially expected to return to action within six weeks, but new tests showed the damage was more extensive with three ligaments ruptured.

Following reconstructive surgery next week in Amsterdam, a full recovery will take between four and five months, Arsenal said.

“It is so frustrating to be out for months,” Van Persie said.

“I was having a super season with the team. I had never felt as strong and powerful
as this year. Apart from, I think, two matches, I either scored or made goals in all the games we played this season.

“I was getting so strong, that I felt nobody could stop me anymore. That is the greatest feeling you can have as a player. It is such a pity that great run has been stopped for the time being by one kick in a friendly international match.”

Van Persie’s absence is a major blow to manager Arsene Wenger, who is without forward Nicklas Bendtner for about another two weeks following groin surgery.

Eduardo da Silva and Carlos Vela will be relied on for goals to end Arsenal’s five-year trophy drought.

But Eduardo has sustained various niggles since returning earlier this year from a broken leg and Vela, who has also been plagued by injury problems, has not been tested consistently in the Premier League.

Wenger may choose to deploy Theo Walcott as a central striker, a role the England international used to play in the second tier at Southampton. But Walcott has just returned from an injury that left him sidelined since the preseason. 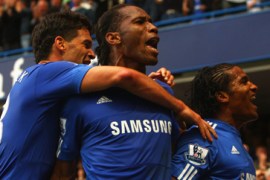 Arsenal must contain in-form Chelsea striker in their hunt for EPL points. 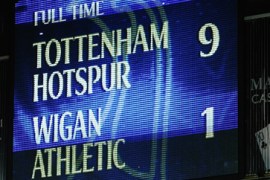