Confirmation this week that Rashid Ramzi is being stripped of his Olympic 1,500m title for testing positive for blood-boosting drug Cera is bad news.

The authorities at the International Association of Athletics Federations and International Olympic Committee will say it is good news that strict action is being taken on an athlete whose drug test result first emerged in April.

The war on drugs is being won, the cheats are being caught, they will say. They’re not entirely wrong.

But it’s now over 20 years since the most famous positive test of all, that of Canada’s Ben Johnson days after he stunned the world when winning 100m gold in 9.79 at the 1988 Seoul Olympics.

Two decades on and there are still needling stories with the words “drugs” and “cheat” embedding themselves in the arm of athletics.

Will we ever see an end to it? Most likely not. It may go against the Olympic spirit, but the irony is that the prize of Olympic gold is so great that the temptation to cheat is simply irresistible to some.

It’s a prize that brings immortality. The achievement is so great, it outlives the individual.

Young men and young women are tempted by that. So, it seems, was Rashid Ramzi. He may still be claiming innocence and the Bahrain Athletics Association have said they will support him.

Few athletes who test positive ever admit responsibility for sport’s most heinous of crimes; cheating.

So there is little surprise that Ramzi is another who is pleading not guilty.

Britain’s Dwain Chambers is one exception, albeit after several years’ reflection. But for every Chambers, there are a dozen Marion Joneses. The American still plays the innocent victim to this day. Better to be a victim than a cheat seems to be the thought process.

I was at the Beijing Olympics last year, working as a press officer to the Great Britain athletics team.

Ramzi’s victory was not one that was universally embraced – the congratulations were few and far between.

An athlete who was shrouded in mystery, he is Moroccan by birth but switched allegiance to Bahrain in 2002 after joining their armed forces.

Although representing the Gulf nation, he still spent most of his time in the country of his birth, where he trained.

He rarely competed in international Grand Prix events, conveniently avoiding the drug testers on the circuit.

Only the previous year, he had not competed all season but still won 1,500m silver at the World Championships.

In sport, it’s very difficult to avoid high-level competition and suddenly be at your very sharpest at the most prestigious event of all. It defies logic. Perhaps we now know why?

She was honest, hospitable and humble, an outstanding role model for the sport in her country.

I had watched her live one month earlier as she became the face of the Doha 2006 Asian Games in Qatar.

Sporting moments like that make a big difference. Not just to the individual concerned, but to the family, friends and fellow nationals, particularly youngsters.

That is perhaps Ramzi’s biggest crime of all. His was the first Olympic gold won by a Bahraini. Now the moment is gone.

The silver medallist Asbel Kiprop of Kenya will eventually receive the gold. But what of his ecstatic moment realising his dream in the Olympic stadium? What of the precious moments in the immediate aftermath with family, friends and fellow countrymen?

What of the excited 10-year-old boy in Nairobi who watches a small television on the balmy August evening and thinks to himself, “one day”?

All gone. That is Rashid Ramzi’s legacy. A black void. Nothing.

Chris Broadbent is a London-based writer who has worked worked within athletics since 1998. 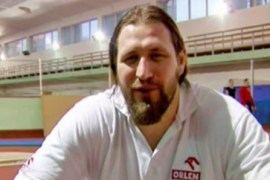