Tibetan activists have sent a letter to the International Olympic Committee (IOC) demanding the Himalayan region and three neighbouring provinces be withdrawn from the Beijing Olympics torch relay.

Chinese Premier Wen Jiabao earlier said the riots in the Himalayan region had been incited with the aim of sabotaging the August 8-24 Games and reiterated China’s view that the Olympics should not be politicised.

Anti-China protests in the Tibetan capital of Lhasa turned ugly on Friday and threaten to overshadow the run-up to the Olympic Games, which Beijing hoped would project an image of a united and prosperous society.

The torch relay, which starts next Monday when the Olympic flame is lit in Ancient Olympia, Greece, is scheduled to go to Tibet twice.

The International Tibet Support Network said in a statement it had sent a letter to the IOC demanding that the torch relay not go through Tibet, Qinghai, Sichuan and Gansu provinces, all home to ethnic Tibetans.

The torch relay schedule was drawn up by the Beijing Organising Committee for the Olympic Games (BOCOG) before being given rubber-stamp approval by the IOC last year.

The IOC still expects the relay to go according to schedule.

“The IOC adds its voice to the world’s desire for a peaceful resolution to the tensions of the past days in Tibet. The Olympic Torch Relay, which embodies the Olympic values of friendship, respect and excellence, is due to travel to Lhasa in June,” it said in a statement late on Monday.

“The Olympic Torch is a powerful symbol which inspires people from all over the world to overcome their differences and come together in mutual understanding in anticipation of the Games which it heralds.

“The IOC’s expectation is that the 2008 torch relay will go ahead as planned,” it said.

“We need to respect the principles of the Olympics and the Olympic charter. That is, we should not politicise the Olympic Games,” he told a news conference.

“In fact, you the reporter can see the essence of the incident that recently occurred in Tibet. They wanted to incite the sabotage of the Olympic Games in order to achieve their unspeakable goal.”

The Dalai Lama and his supporters in exile have repeatedly denied that they were behind the violence. The Dali Lama has also expressed support for the Games.

Hollywood actor Richard Gere, chairman of the International Campaign for Tibet, said last week that his personal view was that it would be “unconscionable” to attend the Beijing Games if China failed to deal peacefully with the unrest in Tibet.

IOC President Jacques Rogge said on Monday that no governments had called for a boycott of the Olympics over Tibet.

But in Taiwan, which China considers its own, presidential candidate Ma Ying-jeou, whose KMT Party has traditionally favoured better ties with China, said on Tuesday he would consider an Olympic boycott if elected on Saturday.

“If the Chinese Communists continue to suppress the Tibetan people and the situation in Tibet continues to worsen and if I am elected president, I would not rule out not sending a team to the 2008 Beijing Olympics,” Ma told reporters.

Wen denied accusations China had embarked on a crackdown on dissent in the run-up to the Games.

“As for the critics’ view that China is trying to increase its efforts to arrest dissidents ahead of the Olympic Games, I think all these accusations are unfounded,” he said.

Wen said China’s aim was to “host an even better Olympics, so that the athletes are happy and the people of the whole world are happy.

“But we’re still not a developed country so in the work of preparing for the Olympic Games it’s difficult for us to avoid all sorts of problems,” he said.

“But the Chinese people are sincerely heartfelt in wanting to hold a successful Olympics.” 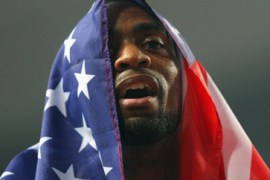 U.S. say no to Beijing boycott

The USOC believe boycotts achieve nothing. 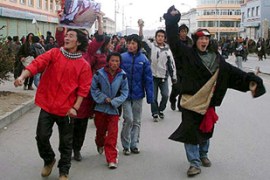 Exiled Tibetan spiritual leader says he may step down if unrest in region worsens. 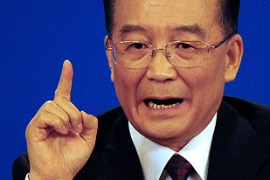