Cricketing relations between India and Australia are likely to reach a new low with Australia spinner Brad Hogg being summoned to a hearing by match referee Mike Procter following an incident during the ill-tempered second test against India in Sydney.

A statement from the International Cricket Council said the spinner is accused of making an offensive remark to India captain Anil Kumble and vice-captain Mahendra Dhoni on the final day on Sunday.

Hosts Australia won the match by 122 runs to equal their own record of 16 consecutive test victories.

The win was overshadowed by poor umpiring and a ban on India spinner Harbhajan Singh for racially abusing Australia all-rounder Andrew Symonds.

Hogg’s alleged offence falls under the same category as Harbhajan’s, 3.3 of the ICC code of conduct, which refers to players or team officials “using language or gestures that offends, insults, humiliates, intimidates, threatens, disparages or vilifies another person on the basis of that person’s race, religion, gender, colour, descent, or national or ethnic origin”.

The penalty for a Level 3 offence is a ban of between two and four test matches or between four and eight one-day internationals, the statement said.

The preliminary date for the hearing is set for January 14 in Perth, two days prior to the third test. 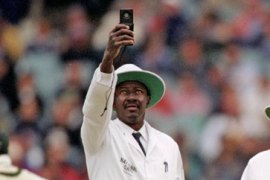 Cricket board agrees to bar Bucknor 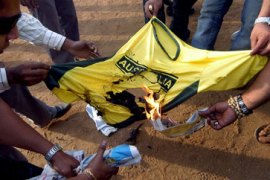 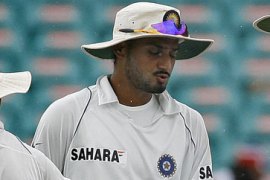 The BCCI to “suspend operations” until controversy is cleared up. 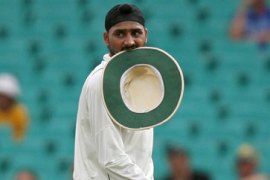