The 2007 Asian Football Confederation (AFC) Asian Cup has been a tournament made of dreams for Iraq captain and star striker Younis Mahmoud.

The 24-year-old finished as equal tournament top-scorer with Saudi Arabia’s Yasser Al Qahtani and Japan’s Naohiro Takahara, all scoring four goals, and was also named the Abdullah Al Dabal Most Valuable Player of the Competition.

Younis, who was a nominee for the 2003 AFC Young Player of the Year, plays his club football in the Qatar league with Al Gharafa and scored 19 goals to win the competition’s Golden Boot this season.

The Iraq captain, who scored his side’s equaliser against Thailand, a double against Vietnam, and the winner in the final, was proud of what he and his players had achieved in the face of adversity.

“For a long time we have been suffering,” Younis said.

“But we know we can bring happiness to the Iraqi people.

“We have a great responsibility to bring happiness to Iraqis through football.”

Younis has now scored his country’s most famous goal in football, but was pained when asked if he could ever take the distinctive Asian Cup trophy back to his nation to show his people.

“I wish to go back one day, but who secures my life?” he said at the post-match press conference.

“You don’t know who will kill you.”

The Iraq number 10 also had praise for his coach, Brazilian Jorvan Vieira, who confirmed after the final that he would not be renewing his contract with Iraq football.

“I thank God that we had the pleasure to work with Mr. Vieira, and to get some good experience from him,” said Younis.

“We didn’t imagine we would achieve this, we joked amongst ourselves saying ‘How can a coach with only two months to prepare win a tournament?’

“I would like to thank Mr. Vieira.  His future and his role as coach is up to him and the Iraq Football Association.”

In turn, Vieira spoke highly of his players, and of Iraqis in general.

“They have a power inside themselves,” said the victorious coach.

“They are hard workers and have an extra power to do whatever they want.

“It’s typical from Iraqi people.  I’ve learned so much from these boys.”

Younis was impressive throughout the tournament and led by example as he constantly chased balls down, directed his players from the front, and yelled encouragement when the going got tough.

With the lucrative European football seasons set to begin next month, the Asian Cup may prove to be have been the perfect occasion for the Iraqi star to put himself in the shop window for all the big clubs to see. 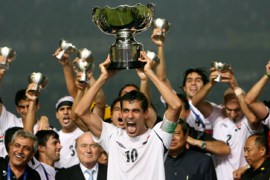 Iraq complete their dream with an exciting 1-0 victory over Saudi Arabia in the final. 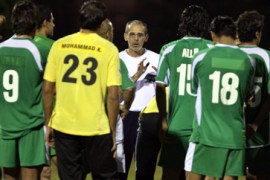 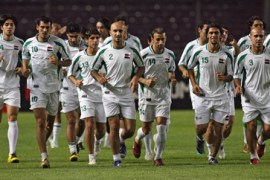