After the disastrous reign of Steve McClaren, the English football has once again placed their hopes in a foreign manager by appointing Italian Fabio Capello.

England’s Football Association (FA) said the 61-year-old had signed a 4.5 year contract and would begin work on January 7 and run through until 2012.

His first match in charge of England will be the friendly international against Euro 2008 co-hosts Switzerland at Wembley Stadium on February 6.

McClaren was fired last month after England failed to qualify for the 2008 European Championship.

“When we set out to recruit the new manager, we said we were committed to appointing a world-class candidate,” FA chief executive Brian Barwick said.

“In Fabio Capello we have that man.”

Tancredi was looking forward to the task.

“I am very happy but I realise it will not be an easy job seeing as there are four foreign keepers at the first four teams in the Premier League and often the reserve keepers are too,” the 52 year-old former Italy keeper said.

“Now we will have a “full immersion” into English but the language of football is universal.”

The FA, already under fire for not appointing an English coach, said Capello will discuss the possibility of bringing an Englishman into the coaching staff with FA director Trevor Brooking on Monday.

The board approved the hiring of the former AC Milan, AS Roma and Real Madrid coach on Thursday.

But both sides still had to finalise the terms of the contract worth a reported $12.2 million a year.

“Fabio is a winner,” Barwick said.

“His record over the last two decades speaks for itself. At every club he has managed, Fabio has won the league title and Trevor and I were left in no doubt of his passion and commitment to bring that success to the England team.”

Brooking, a former West Ham and England midfielder who is highly respected in the game, said the FA was impressed by Capello’s record of winning titles with every club he has coached.

“Fabio Capello is widely recognized as one of the world’s finest coaches. He has achieved huge success wherever he has worked and has the respect of everyone in football,” Brooking said. 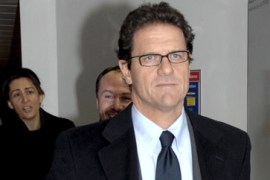 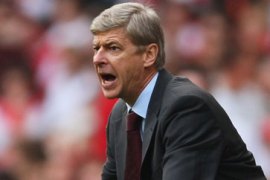