The English football association have agreed in principle to the appointment of Fabio Capello as the new manager of the national team.

After a day of talks with the Italian’s advisers, a spokesman for the FA indicated that a deal had effectively been all but done but that several contract details still needed to be thrashed out.

Adrian Bevington, said Capello’s appointment had been approved by the FA Board, subject to the successful conclusion of contract negotiations.

“These will continue tomorrow. I want to stress that there are no problems and that we are going through the necessary process to reach a successful conclusion,” he said.

The announcement paves the way for the former Milan, Juventus, Roma and Real Madrid manager to succeed Steve McClaren who resigned three weeks ago following England’s failure to qualify for next year’s European Championship.

The details still to be resolved are understood to mainly  concern the make-up of the new manager’s backroom staff.

Capello was believed to have agreed a contract worth in excess of eight million dollars a year up to the 2010  World Cup with a two-year extension as an option, presuming that  England qualify for the finals in South Africa and perform well.

The 61-year-old reportedly wants to include long-serving assistant Franco Baldini in his backroom team and there were concerns within the FA about how this would would dovetail with the role of the organisation’s current director of football, Sir Trevor Brooking.

Baldini however has indicated that the question of his  involvement was not a deal-breaker.

Capello’s path to what is the best-paid managerial job in world football was cleared when Jose Mourinho, the initial favourite to succeed McClaren, pulled out of the running earlier this week saying he preferred to seek a new challenge in club football.

In contrast, having achieved everything possible in the club game, Capello is at an age where he no longer craves the day-to-day involvement with players that many international managers miss.

His passion for the game remains undiminished however and he had  made clear his enthusiasm for the “beautiful challenge” of managing  England within 24 hours of McClaren being dismissed after a defeat by Croatia at Wembley ensured his team would not be going to Euro 2008.

Capello has won league titles at every club he has managed after a successful playing career in which he won 32 caps for Italy. 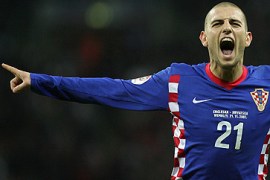