Red Bull racing’s David Coulthard believes double world champion Fernando Alonso could take a year out of Formula One in 2008 and still come back as a title contender.

“I don’t think it would be a problem for him to take a year out,” the Scotsman said.

“(France’s Alain) Prost was the last guy to do that, he took a year out and came back and won the world championship.

“If you can get yourself into one of the best two cars, then of course you’ve got a great chance of winning the championship.”

Spaniard Alonso, beaten into third place by 22-year-old rookie team mate Lewis Hamilton in the championship, split with McLaren after a controversial and acrimonious season that ended in October.

He has yet to be confirmed elsewhere, despite rumours linking him to Renault, Red Bull, Honda and Toyota.

His former team Renault remain the most likely bet but Alonso may be waiting until after an FIA hearing into allegations that they had McLaren technical information in their possession.

Similar allegations by Ferrari against McLaren cost the latter team a $100 million fine in September and the loss of all their constructors’ points.

Spanish newspapers have reported that Alonso wants a one-year deal to allow a possible move to Ferrari in 2009 while interested teams are demanding he signs up for at least two seasons.

Coulthard doubted Alonso would end up at Red Bull, who finished fifth overall this year and have yet to win a race.

He absolutely ruled out the Spaniard replacing him.

“Why would Fernando leave McLaren to come to Red Bull at the moment?,” he asked.

Champions Ferrari and McLaren won all the races this year and Coulthard doubted whether Alonso would find anywhere as competitive.

Red Bull were on average a second and a half slower than the fastest cars this year and Coulthard said they had set themselves a target of finishing fourth overall in 2008.

“It’s going to be quite difficult to get a car that he can win more races in (than at McLaren),” he said of Alonso’s predicament.

“It is a slightly strange strategy and way to manage your career.”

The 36-year-old said his own contract at Red Bull was water-tight, in any case.

“They simply cannot not put me in the car next year, even if they wanted not to, unless there was a solution found,” he said.

“Having been around the block a few times, my contract specifically states that if there’s a world championship, they (Red Bull) have to enter me in it.” 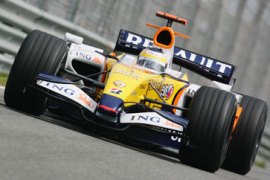 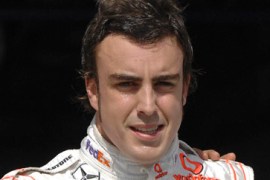