Sri Lanka’s veteran opening batsman Sanath Jayasuriya will retire from test cricket at the conclusion of the current match being played against England in Kandy.

Jayasuriya announced his retirement earlier from tests before in 2006 apparently because of compulsion from the selectors but he later came out of retirement.

“This is the best opportunity for me to retire from test cricket,” Jayasuriya said, after team mate Muttiah Muralitharan had take his record breaking wicket.

“I decided that this is my last one.”

Jayasuriya scored 78 in his last test innings Monday and was out lbw to England pace bowler Matthew Hoggard.

He will continue to play limited-overs cricket. 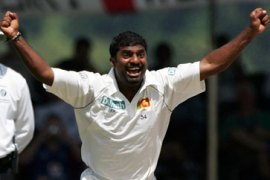