Alex McLeish resigned as Scotland’s national team coach, clearing the way for him to become the manager of English Premier League club Birmingham.

McLeish was Birmingham’s top choice following the departure of Steve Bruce, who quit to take over at Wigan.

“It is with regret that I can confirm that Alex McLeish has notified the Scottish FA that he has resigned from his position as national team coach with immediate effect,” Scottish FA president George Peat said.

“I am disappointed that Alex has chosen this course of action,” Peat said.

“He is an outstanding manager who has done a fantastic job with the national team.”

Birmingham scheduled a news conference for Wednesday morning, where the 48 year old’s appointment is expected to be announced.

Smith said earlier that the association had turned down an official approach for McLeish from an unidentified club.

The former Glasgow Rangers manager, who nearly guided the Scots to qualification for the 2008 European Championship in a group that included Italy and France, had a contract with the SFA through Scotland’s 2010 World Cup qualifying campaign.

Scotland is grouped with the Netherlands, Norway, Macedonia and Iceland in 2010 qualifying, while Birmingham lie in 16th place in the English Premier League. 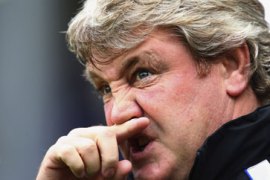 Wigan’s unveiling of their new manager is delayed. 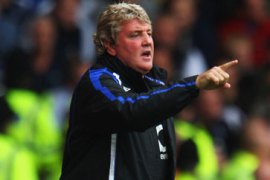