Fifa president Sepp Blatter believes future World Cup finals could be overrun by teams full of Brazilians if the growing trend of their footballers turning out for other national teams is not checked.

There has been a growing trend of countries naturalising Brazilian footballers and incorporating them into the national teams across world football.

Countries like Belgium, Costa Rica, Japan, Mexico, Portugal, Spain and Tunisia have used Brazilians in past World Cup finals, including the likes of Deco, Marcos Senna and Luis Oliveira.

“If we don’t take care about the invaders from Brazil, then we could have problems at the 2014 and 2018 World Cup finals,” Blatter said prior to the 2010 World Cup preliminary draw.

“Out of 32 teams at the finals, we will still have other nationalities but there could be teams full of Brazilian players.”

In recent years Brazilian-born footballers have also played in the national teams of countries like Croatia, Macedonia, Equatorial Guinea and Togo, many of them being imported with the specific purpose of strengthening national teams in events like World Cup or continental competition qualifiers.

“If we don’t stop the fast naturalisation of players in some countries, this will be a real danger,” Blatter added.

“There were 60 million footballers in Brazil but only 11 places in their national team.

In 2004, Fifa stopped a bid by Qatar to FIFA to field Brazilian striker Ailton, then playing in Germany with Werder Bremen and the top goal scorer in the Bundesliga.

At the time, Fifa attacked the concept of players acquiring the nationality of a country with which they had tenuous connections.

But there are still no set rules stopping countries handing passports to Brazilian or other imports and allowing them to play in events like World Cup qualifiers. 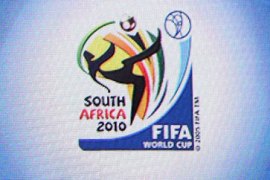