To those who live in them, they are Europe. These are their stories.

This is Whitechapel in the heart of London’s East End. For centuries, migrants have made their home here, their mark etched onto the fabric of its streets – the buildings that line them, the signs that name them and the people who walk them.

It is home to the UK’s largest Muslim community, and at the heart of it is a cramped, unassuming office nestled beside the distinctive red and brown brick East London Mosque.

Residents rarely step foot inside it, but they know it is there. Open seven days a week, 365 days of the year, it is a constant source of support in some of their most trying moments.

Seventy-year-old Gulam Taslim’s father founded the business in 1960 and his ethnically diverse East End family continue to run it, burying approximately 1,000 people a year with the sensitivity required for any funeral and the speed that is a particular requirement for a Muslim one.

“You only bury somebody once,” Gulam explains. “And if you do it wrong, those people will never forget you.”

People from across London’s diverse Muslim communities entrust them to do it right and they have played a role in some of the key moments in recent British Muslim history – burying victims of the 2005 London attacks and the more recent Grenfell Tower fire.

For Gulam, his family and their small team, it is a life surrounded by death but one built on love and punctuated by a distinctly East End brand of humour.

They may manage death but they are an important part of Muslim life in the British capital; an East End institution that serves as a window into a community the far right has tried, but failed, to brand a “no-go zone”.

“They want us to go home,” says Gulam of the far right groups that sometimes demonstrate outside the neighbouring mosque. “But where are we going to go to? We’re British.”

This is their story. This is Europe.

More episodes from
This is Europe 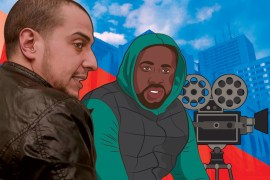 La Nouelywood: The banlieues of France 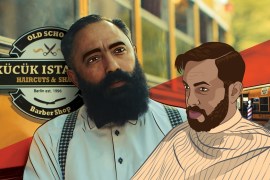 The Master Barber of Berlin 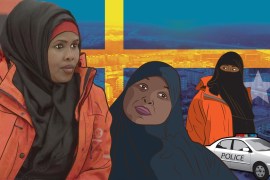 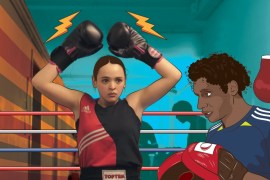 Salma the Boxer: Fighting back in Molenbeek

La Nouelywood: The banlieues of France

The Master Barber of Berlin

Salma the Boxer: Fighting back in Molenbeek